Gold Shines On Haven Demand – How To Trade? - Forex News by FX Leaders

Gold Shines On Haven Demand – How To Trade?

The bullions are trading neutral today as investors are focused on yesterday's gains in the crude oil. However, the Gold prices gained compared to the weak U.S. dollar. Since our previous update, Ascending Triangle Pattern & Gold – Potential Trade Idea, the Gold prices have not made any significant movement.

There are a few reasons the Gold's bullish price action.

First – The demand for Gold increased due to the weaker inflation & retail sale figures released by the United States. This is because of its negative correlation with the U.S. dollar.

Second – The Gold prices soared due to increased concerns surrounding the situation with North Korea as they performed another missile test over the weekend. Considering the threat of conflict between North Korea and the United States, investors switched to invest in Gold rather than risky assets. 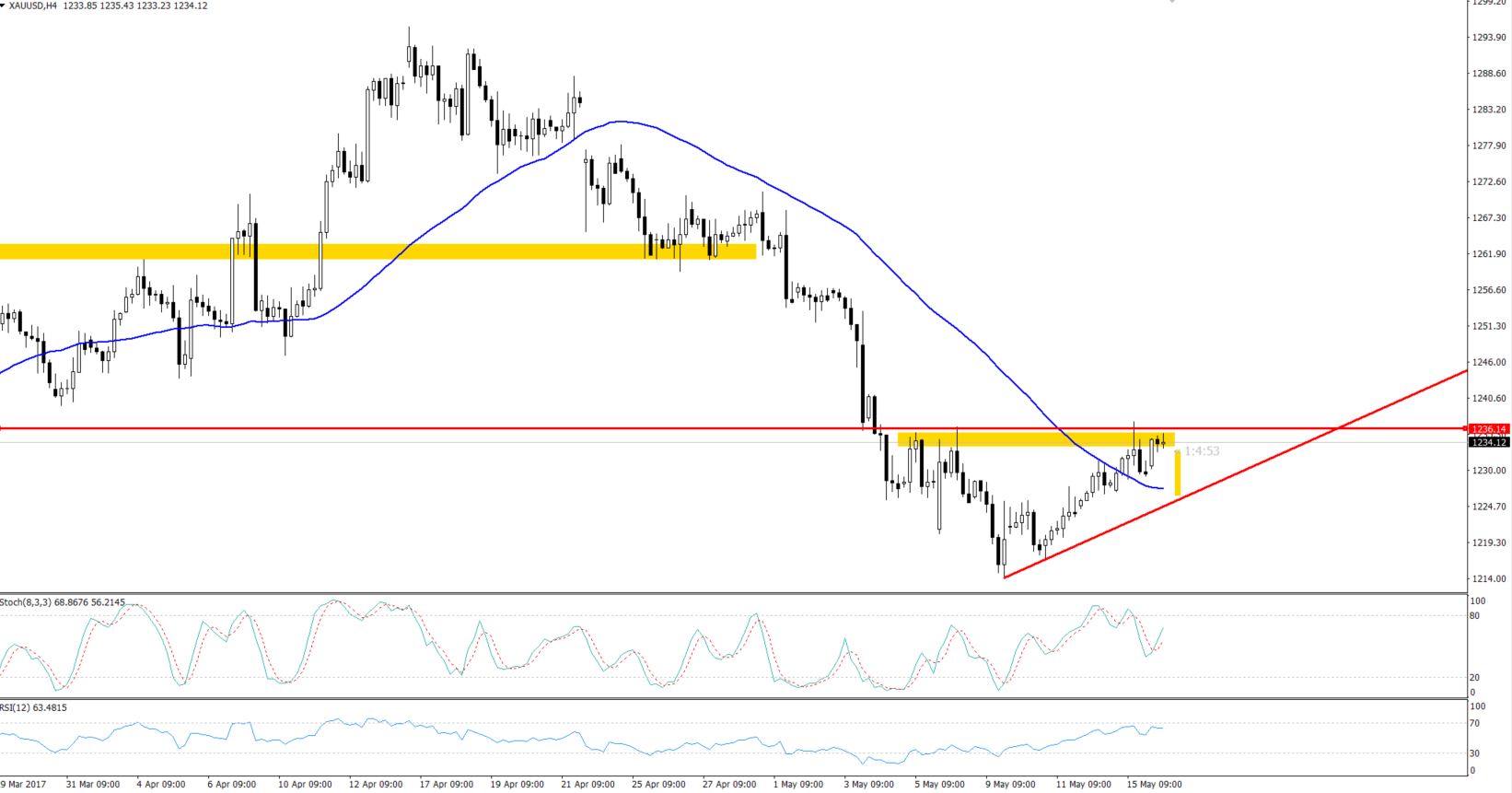 On the 4-hour chart, the Gold is still consolidating in an ascending triangle pattern.  The most recent resistance prevails at $1236 and a support at $1227.

Technically, the metal seems bullish as the prices are holding above 50 periods EMA along with the leading indicators, RSI and Stochastic which are holding in the buying territory.