We know we’re late in predicting the market for 2017 seeing as we're already at the end of April, but we had to wait and see how the political situation was going to evolve in the US, UK and the EU… as well as going through some technical changes.

Now, the situation is a bit clearer, so we think it's time we took a broader look at the market forces for the major forex pairs – after all, better late than never.

Although the title is “Trading strategies for 2017”, these are not exactly trading strategies per se, like the ones we have listed on our strategies section. This is more how we see the market at this moment, what we expect to happen and how to trade in the months to come.

As we mentioned in the entry, the Brexit train officially turned its engines on when the British government triggered Article 50 to leave the Eurozone.

Until now, the Pound has reacted fairly well to the beginning of the end (of the EU membership). But as the negotiations get underway, we'll see where both sides (UK and EU) drift away from each other. That's when they´ll attempt to secure the best deal for their side.

We already saw some of this in the first week of April, when EU officials commented on additional requests for financial firms, such as building a separate branch within the EU with headquarters in the single market. 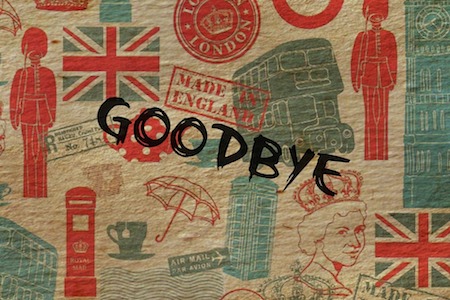 This sort of actions will, of course, affect financial firms based in the UK. On paper, it should be negative for the British Pound, but the reality in forex is far from what we read in forex books.

GBP/USD reached 1.26 right before Article 50 was triggered during a short squeeze, which has since stopped. However, we don´t know how far this short squeeze might take this pair. This might be it, but we might also see 1.28, 1.30 or even above there. GBP shorts have been at record levels recently, so expect anything.

We should play number one, meaning we must only concentrate on selling this pair while keeping number two in mind. This means that we might set some big stop losses at times when we open long-term sell signals.

The highs are getting lower, which is supposed to be bearish. But the bears look hesitant, so we might see another push higher before the big fall

On paper (again), the Buck should be rocketing against most of the major currencies. The FED is on a monetary tightening cycle having increased the interest rates twice over the last three months.

But again, it is just not doing that. The USD has lost considerable ground during this time. The market is concerned about Donald Trump´s decisions. The market doesn´t know exactly what the fiscal stimulus will be and the market doesn´t like the tone of the FED, despite having hiked twice.

So, there is a dovish sentiment towards the Buck, but this might change if one of the following two things happens:

Some of this is already priced in, but the USD will definitely benefit if the US economic data improves further, particularly in wages.

Also, if we see some real economic impact from Trump´s economic policies such as…  then we'll definitely see a wave of USD demand. But, this one will likely last much longer because it will start affecting the economic data which in turn will affect FED's monetary policy.

So, in my opinion, the USD will enter another phase of broad demand at some point, probably after we leave behind the negative economic effects of winter. But, we must be careful with USD/JPY and EUR/USD for reasons which we will explain below in this forecast.

When the mood is positive the USD/JPY surges (JPY falls), but when the sentiment turns sour USD/JPY falls hard.

That´s been the case during the first three months of 2017. Despite all the great things which “await” the Dollar and all the horrible things for the Yen, USD/JPY has lost about 9 cents since the beginning of the year.

The 110 support level was broken only a couple of days ago. That opens the door to further losses and shows that the sentiment in the market hasn't been that great so far. The last wave of selling in this forex pair came after Korean and Syrian tensions.

That´s what we have to watch out for during this year if we're trading the Yen. It's crucial that we feel the mood of the market before making any trading decisions. 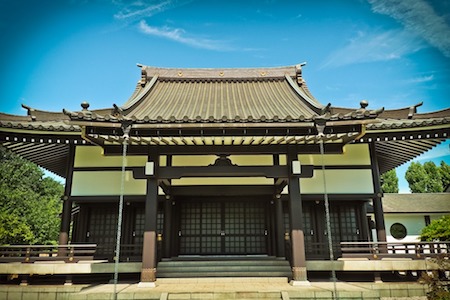 This pair follows the sentiment which makes it very trendy. That´s quite good for long-term trading but we have to be in sync with the sentiment.

Basically, we have to see the broader picture when it comes to JPY. If global political tensions diminish and the economy continues on the same course, then we must look to find a nice and safe spot to buy. If tensions return, then we must look for a good place to sell.

Right now (April) we are in the middle of a sprint to safety, that's the reason we haven't opened a long term buy signal at 110. The problem with market sentiment is it is difficult to anticipate when the market mood will change so far in advance, so you can´t pick levels at this moment.

You will have to follow the market and global political events, but we promise we'll be here with you throughout the year, trying our best to figure out the forex market and its mood.

The best we can do at this moment is highlight 1.08 and 1.05 as the closest levels where this pair might bottom out when this selling wave is over. But again, we´ll have to evaluate the global situation when/if we get there.

The 110 level just broke, so the sentiment remains bearish for USD/JPY

The Eurozone economic data has improved considerably since Q3 2016, and it's expected to improve further. Inflation has picked up as well, that being the main reason the Euro has finally found some real support at 1.0330s.

The ECB (European Central Bank) has noticed and acknowledged the economic improvement, although not officially. We have seen a number of ECB members commenting on tighter monetary policy so we can say that the rhetoric has shifted from extremely bearish to hawkish in less than a year. But, it's not official until the man for the job, ECB's president Mario Draghi says it is. That would be the start of a long-term uptrend for the Euro.

But, we also have to consider European politics which include Brexit, although the risks from that side are diminishing. The Dutch threat is over, while the French and German risks don't look so threatening now.

So, European politics look favorable for the Euro and the economic performance, although we did see a setback in inflation at the end of March 2017. That has dented the sentiment towards the Euro a little. Therefore we have to wait for the inflation numbers for April to see whether this is just a hiccup or if this is turning into a trend.

If the positive numbers from Europe keep rolling in, the ECB will have to officially acknowledge this by tightening the monetary policy, particularly by hiking rates, since the QE program is already running out.

That would be a good time to go long for the Euro. But, as we've mentioned before, we should have already started building longs.

EUR/USD is forming an uptrend, which shows that the buyers are getting impatient

Oil and CAD have been going hand in hand for a long term now; whenever oil pops the CAD pops up too, meaning USD/CAD tumbles, most of the time.

With oil in freefall until the beginning of 2016, USD/CAD has gotten a lot of attention. But oil prices stabilized, particularly after the OPEC deal to cut output and so did the CAD. Knowing how OPEC members have breached the output quotas before, many thought that the same would happen this time.

Surprisingly, they´ve stayed strict to quotas and even exceeded them. I suppose it scared the hell out of them when oil reached $26/barrel. We know that OPEC countries are very dependent on oil revenues for their very survival.

The Canadian Dollar has been stable despite the BOC (Bank of Canada) remaining dovish. The Canadian economic data has improved considerably recently, which will force the BOC to recognize it and slowly turn hawkish.

The situation for the CAD seems great on all fronts and only the BOC is holding it back. When the BOC starts giving us some hawkish signs, then we will start to seriously look for CAD longs. Again, the best bet is against the British Pound, although we can't rule out other CAD pairs such as USD/CAD and CAD/JPY. But, only if oil prices don't fall and, at the very least, remain around these levels.

USD/CAD looks pretty stable, but that´s with a BOC. IF BOC turns hawkish, things will change for better

This was our opinion on the major forex events and major forex pairs. This is how we expect the market to behave in the months ahead until the end of 2017 or even until Q1 2018, although no one can predict politics. But, as said above, we will be around to guide you throughout the year because changes are inevitable in this business.