Today, the market began with a great start because our forex trading signal on the Nikkei finally managed to close at take profit, helping us pocket green pips in the early Asian sessions.

This week's two chief economic events, the European Central Bank (ECB) meeting, and the national elections in the United Kingdom have drawn investors' attention. These events have been impacting the market since the beginning of the week and the market has been feeling the echoes of uncertainty caused by UK snap elections. The wait is over and now that the big day has finally come we can expect some action.

Let's look at the major economic events and I will be sharing my stance on both of these key drivers, along with their potential impact on the market.

On Wednesday, in the early New York trading session, the single currency Euro took a tumble against the greenback for more than 70 pips, from the $1.1275 level to a session's low of $1.1204.

This update clearly extends bearish signals to investors. For instance, a drop in inflation projection clearly demonstrates that the ECB has failed to achieve its goals.

In my opinion, the drop in inflation never comes alone, but with high unemployment rates, lower GDP and dovish monetary policy. Here's a point, the investors are now expecting a dovish policy action from the ECB today. 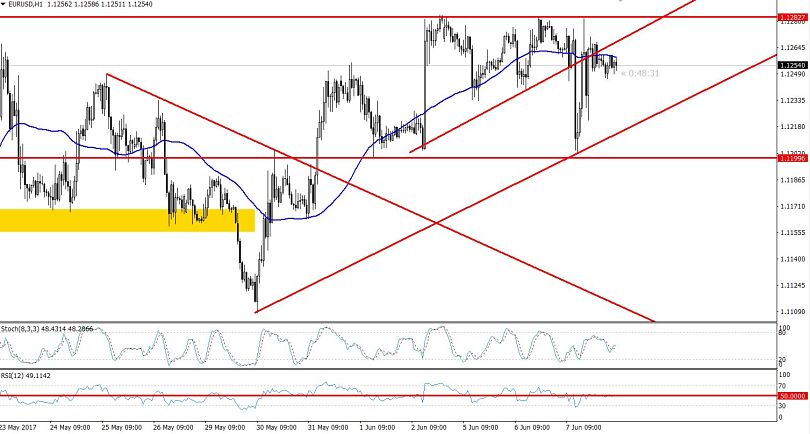 We have a fundamental breakout in an ascending triangle pattern in EUR/USD, which can be seen on the hourly chart. The pattern was providing a significant support at $1.1250, along with a resistance at $1.1280.

EUR/USD broke out of the ascending triangle, but it was a fake-out, rather than a breakout. Thus, the fresh support prevails at $1.1220, whereas, the resistance is the same $1.1280.

Lastly, the momentum indicators are confused with the RSI consolidating above and below 50, demonstrating traders' indecision.

Interestingly, the cable has stuck in the trading range of $1.2750 – $1.3035 and it trades with a modest upside bias since the beginning of the week. Since the UK election is looming today, there is a high probability of a potential breakout.

Theresa May, the UK Prime Minister had called for the snap election in order to take advantage of the apparent weakness of her domestic opponents and strengthen her position in the negotiations with the European Union.

Though it's risky to talk about GBP/USD, let me share a rough blueprint. I'm planning two scenarios: 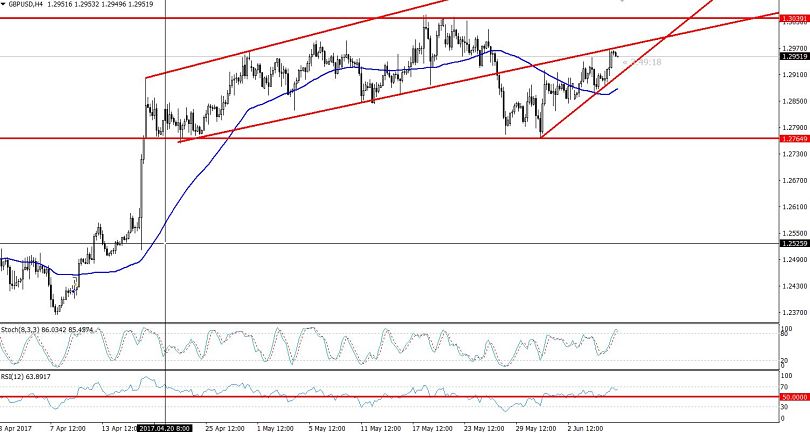 We can see on the daily chart, the Cable has maintained a wider trading range of $1.2750- $1.3035, which, once broken, is likely to give a new trend to the currency pair.

The current technical tools are recommending a bullish bias of investors, but most of the decision is dependent upon the outcome of the election.

Here comes a big day, as we have two main economic events; the ECB monetary policy meeting and the UK national elections. Get set and buckle up as these events are going to be a roller coaster. Make sure to follow strict money management practices.

Selling USD/JPY Ahead of the Weekend
2 days ago