This week we have had two successful forex signals in USD/JPY. This forex pair broke the 1.10 support level several days ago, so we decided to use this level as an entry point for selling.

Actually, this support area, which has now turned into resistance, stretches all the way to 1.1030s which is where we opened the second forex signal.

Both of those signals closed in profit as the sellers pushed this forex pair lower from the resistance area. Although we now see that the price is back up at the same area.

In fact, it climbed up last night which is when we opened the USD/JPY signal that is live now. Last night, the price was finding trouble moving above the 100 SMA on the hourly forex chart and the hourly candlestick formed a doji, which signals a possible reversal. 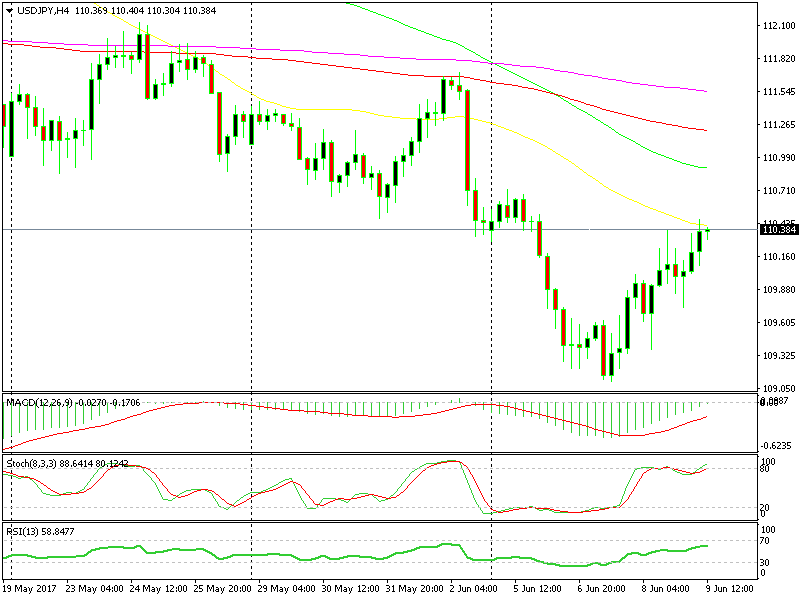 The price moved lower this morning but not enough to hit our take profit target. Although, the 50 SMA (yellow) is still providing resistance on the H4 chart That means we still have a good chance for another profitable signal.