The Germans have a terrible relation with inflation since the “30s, so they get anxious every time they see it above 1%, despite most central banks having a 2% inflation target.

It was them who kept the ECB (European Central Bank) from easing the monetary policy after the 2008 global financial crisis. If you remember, the central banks in the US and UK eased aggressively during that time and their economies were quicker to rebound, while the ECB started easing too late.

Even when the ECB cut interest rates to negative and started the QE (quantitative easing) programme the Germans were quick to ask the ECB to reverse monetary easing.

Today it´s Schaeuble´s turn to condemn the EB for being so loose. He said that the ECB must exit its current monetary policy, just like the FED. He “forgets” that the FED has started its monetary easing process about 4-5 years before the ECB.

Loose monetary policy leads to an artificial increase in asset prices, which obviously leads to asset bubbles, like the one that exploded in the US in 2008. That is some sensible thinking from him, although we´re a long way from that, Europe is still recovering as most of the global economies.

He also said, “Cannot forget lessons of the past”. There you go, I said that it is all about the hyperinflation that Germany went through in the “30s, which also brought a tragedy a few years later. 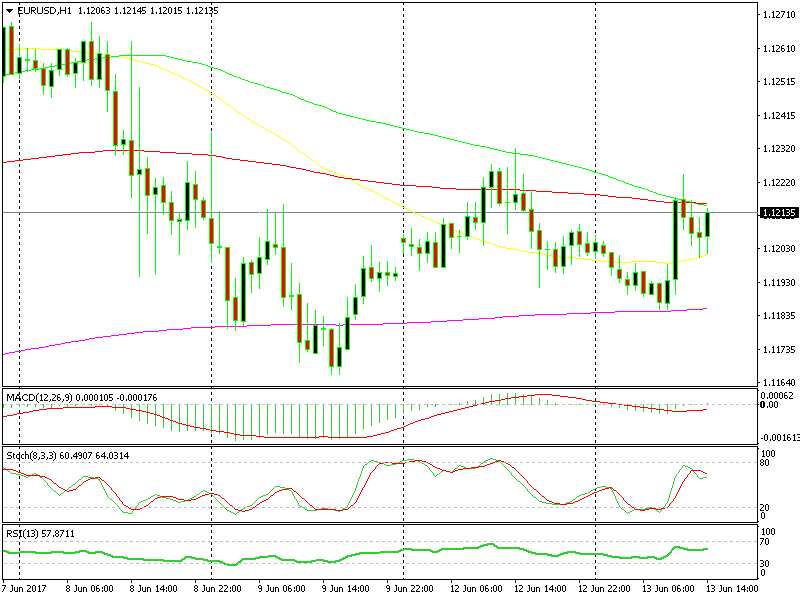 This should have sent the Euro surging, but the forex market is used to these sorts of comments from the Germans, so the Euro is doing nothing, which also suggests that EUR/USD is in a bearish period right now, so we´re still looking to sell this forex pair.