Happy Friday, traders. It's been an amazing week so far, with plenty of phenomenal forex trading signals and live market updates. This week remained highly volatile due to the release of four monetary policy decisions, specifically the decision from the Federal Reserve. However, the market frequently traded as we expected and supported our trade ideas.

In the Asian sessions, the precious metal gold is trading with an inadequate bullish tone, specifically due to weaker than expected economic events. Investors are looking to enter buying positions in the oversold metal in order trade the mixed economic events from the United States.

The Federal Reserve interest rate decision matched market expectations with an additional 0.25% jump in interest rates to 1.00-1.25%, the 2nd rate hike of 2017.

In the European & US trading sessions, the gold is likely to show slight fluctuations upon the release of medium impact economic releases, but the fluctuations shouldn't be too strong to handle. 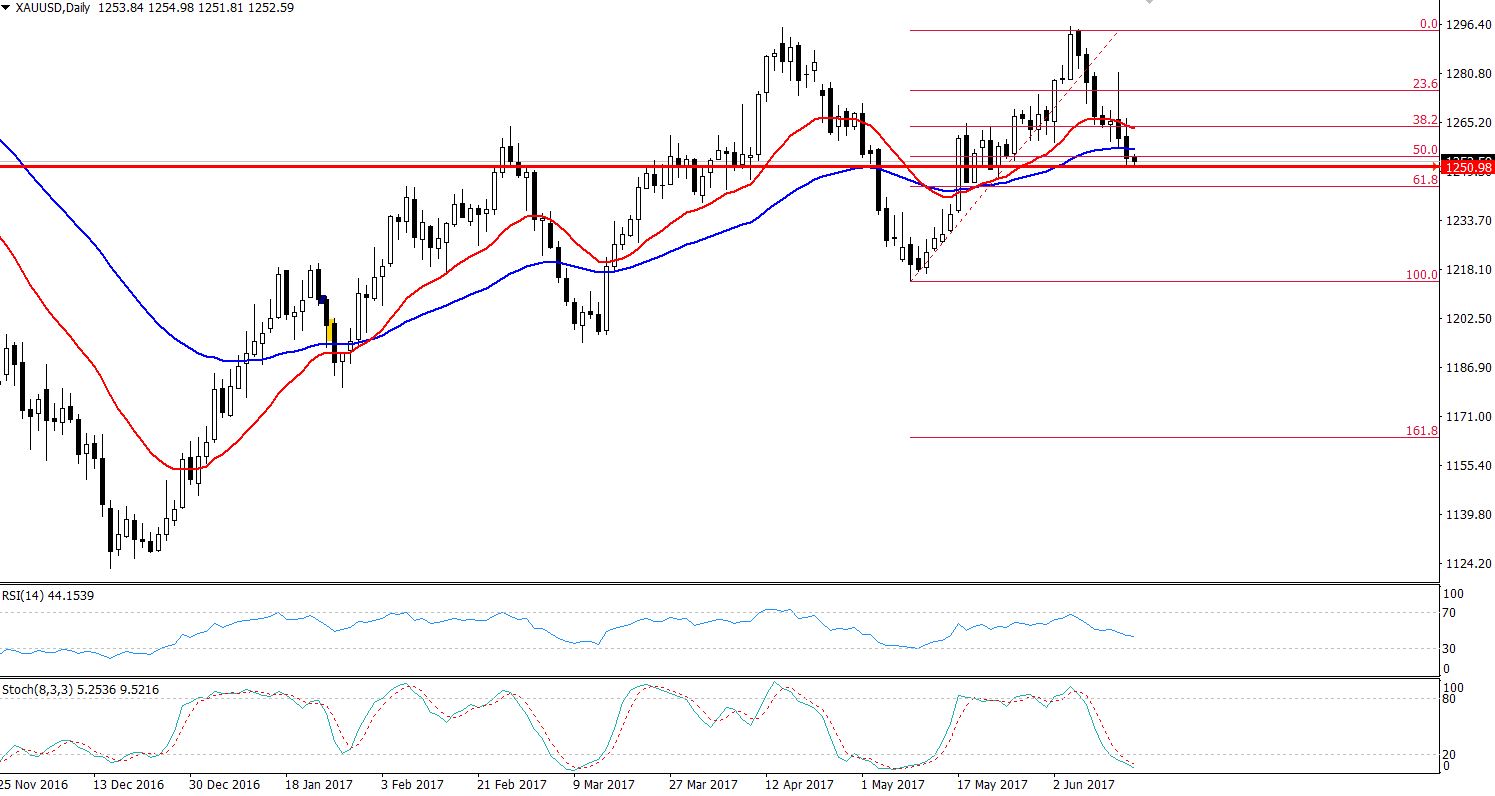 But, $1251 is a minor hurdle along the way. It is the double bottom level, which we can see on the hourly chart. Gold has formed couple doji and spinning top right above this level, due to which $1251 trading level has gained attention. The 20 & 50 periods EMA's are suggesting a bearish trend, along with the momentum indicators. The RSI and Stochastic are trading in the sell zone.

Overall, gold is trending lower, that's why my preferred entry will be selling rather than buying.

Today, the focus is on the US macroeconomic events which are due to be released in the New York session. Personally, I'm not expecting a stronger price action, but perhaps there will be a slight adjustment in fundamental prices.  Good luck and have a great weekend!

Buying Gold Today, As the Pressure Remains Bullish
12 hours ago