Following a great week with 4 major central banks' policy decisions and a huge round of volatility in the market, our forex trading signals did very well. The Fed Rate Hike helped the buck gain some support. The Federal Reserve will continue to manipulate the forex world, due to many speeches ahead, particularly those from the top officials of the US central bank.

This week, I'm expecting weaker volatility and thin trading volume compared to the previous week's due to a lack of significant economic events. Let's discuss which economic events are worth monitoring.

The Euro, single currency, is trading slightly on the downside against the Buck, followed by two consecutive weekly drops. This was highly anticipated upon the release of the FED Rate Hike decision.

This week, we don't have high impact economic events from the Eurozone, but the medium impact macroeconomic events can have a mild impact on the market. I'm referring to the Manufacturing & Services PMI's from the German & France on Friday, June 23rd. 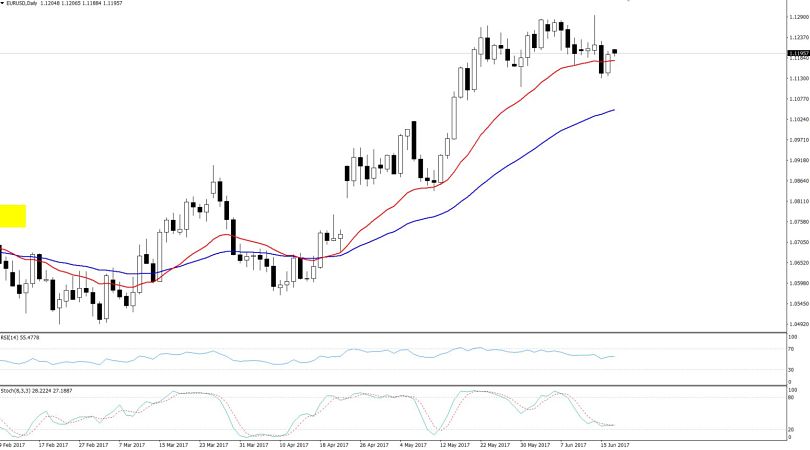 Technically, the pair is rangebound and trading with an unclear bias. It's consolidating in a trading range of $1.1100 – $1.1285. The moving averages support the bullish bias, but the momentum indicators are neutral. Tthe triple top resistance around 1.1285 is a big plus for sellers.

Lastly, the formation of a weekly spinning top candlestick is catching my attention. Don't forget, it's followed by a massive bullish trend, so is it signaling a reversal? Only time and the upcoming fundamentals will determine.

The Japanese Yen remained stronger against the US dollar but dipped lower, ending the week higher. This was due to the Fed interest rate hike as well as the neutral BOJ policy statement.

This week, we need to wait and see the Japanese trade balance, monetary policy minutes and the flash manufacturing PMI. Frankly, these events are not market movers. However, the events discussed above from the US side definitely have the potential to make a difference.

Besides, the ongoing geopolitical tensions, such as Trump, North Korea, the Brexit talks, any update from the Middle East may impact the safe haven currency. 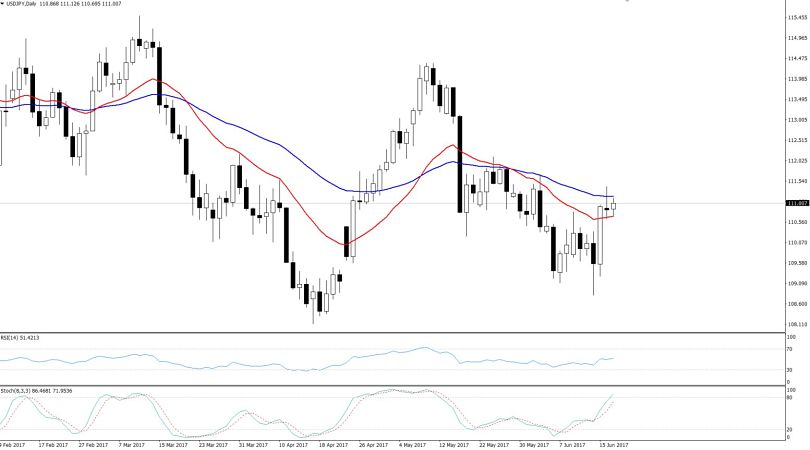 Technically, on the daily chart, the pair is holding right below 50-periods EMA which is extending a solid resistance at $111.200. On the same page, we can see that the bullish momentum was initiated with a bullish Marubozu, which is signaling investor's strong buying intentions.

The RSI isn't all together bullish or bearish, rather, it's nearly neutra. This is possibly because most of the investors are looking for additional fundamentals to decide if it's worth to break above the 50 – periods EMA. The nearest support can be found at $110.650.

This week, investors are likely to trade the echoes from the FED Interest Rate Hike & FOMC meeting minutes in order to support the US dollar. Additionally, speeches from the FED officials will be in focus this week. Keep following us for live market updates and forex trading signals this week.