Early morning gaps in the market are often caused by a significant fundamental reason. The WTI crude oil began trading with a bullish gap of nearly 31 pips. The black gold closed at $44 on Monday and opened at $44.310 on Tuesday.

The major reason behind the bullish gap is the initial estimates of the API (American Petroleum Institute) which expect a decline of 2.180 million barrels of crude oil inventories.

Just like EIA (most important), the American Petroleum Institute (second most important) also released its weekly inventory figures after the close of the US market. The data is followed by figures from the Energy Information Administration (EIA), which are due to be released on Wednesday. 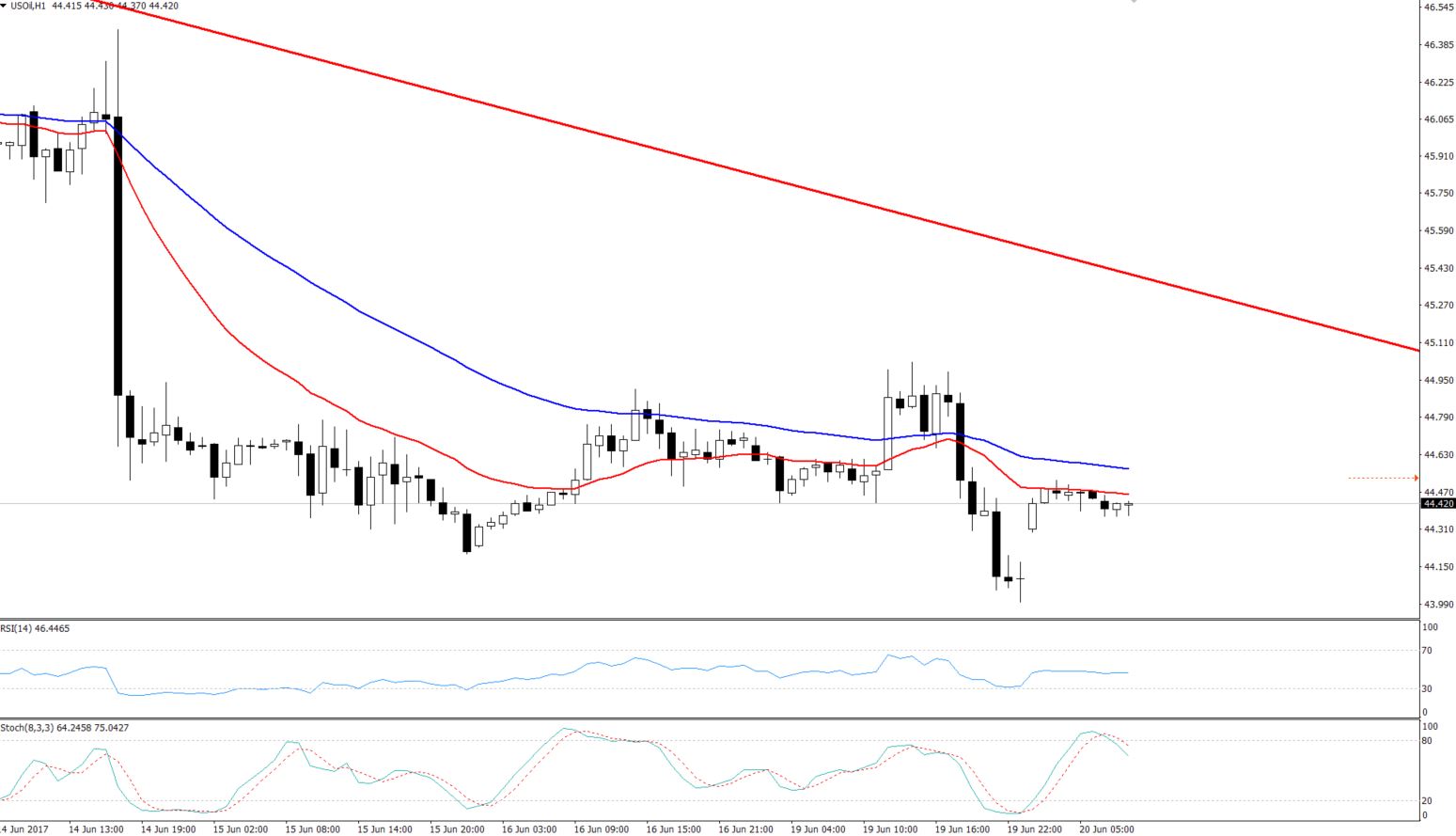 Let me break down the facts for review:

Overall, the technical outlook for the crude oil is slightly bearish. However, we need to wait for the API figures in order to gain a clear idea about the trend.