Our forex trading signal on crude oil was doing well until the release of the crude oil inventories by the API. The new American Petroleum Institute (API) inventory figure recorded a draw of 2.72 million barrels, which was a lot better than the build of 2.75 million barrels last week.

In response to this, the US crude oil fell to its cheapest level since September. This is specifically due to the extended supply from numerous key producers which outplayed the OPEC and non-OPEC oil producers deal to cut global production.

Today, we need to monitor the EIA Crude Oil Inventories figures which are scheduled to be released at 14:30 (GMT). EIA (Energy Information Administration) expects a draw of -1.2M which is comparatively lower than the previous weeks' -1.7M. Anyways, API recorded a draw of 2.72 million barrels after the unexpected build of 2.75 million barrels last week.

Today, depending on the inventories figures before the release, oil is likely to trade sideways. However, I'm monitoring $43.25 to enter a sell position, only in the case of a lower than expected draw in inventories. 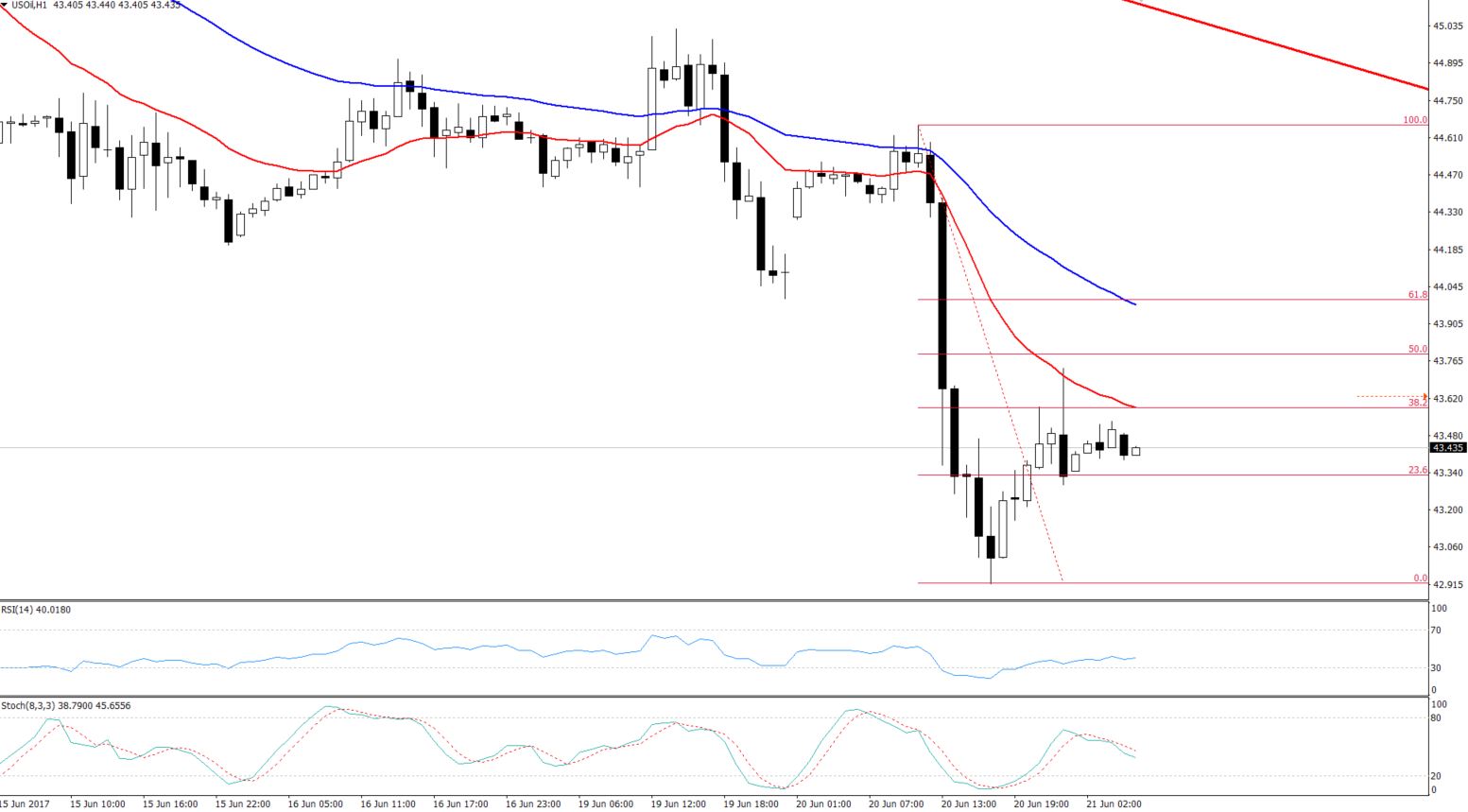 On the hourly chart, we can see the oil is trading below 20 & 50 periods moving averages. The momentum indicator RSI is slightly bearish at 40, along with the stochastic at 27, in the selling region.

As discussed earlier, the black gold has made a bearish movement in order to fill the bullish gap.  Overall, the technical outlook for the crude oil is dramatically bearish. but we need to wait for the release of fundamentals, especially the crude oil inventories.

Selling AUD/USD at the 100 SMA, Which Has Turned Into Resistance
30 mins ago

The 20 SMA Keeping Gold Down
2 hours ago