The Euro and Dollar, Two Winners Of The Week – Weekly Analysis 3 – 9 July

We closed last week with the Dollar getting a little roughed up. This year has been pretty tough for USD bulls since the beginning, but this week we saw some signs of life for the Buck.

Actually, there wasn’t much of a climb beside USD/JPY, but the fundamentals are piling up for the USD, despite a few misses here and there.

The US economy has been performing so-so over the last several months, but this week’s economic data suggested that the economy is heating up pretty fast, while some caveats still remain.

The Euro continued to be resilient as well as it gained against most major currencies. The fundamentals are behind this upward move in the Euro; the European economy is picking up pretty quickly and the ECB is getting hawkish, so there’s nowhere else for the single currency to go but up.

Ah yes… I almost forgot the Loonie. After Friday’s impressive employment report was published, the BOC is definitely hiking rates next week – hence the decline in USD/CAD. 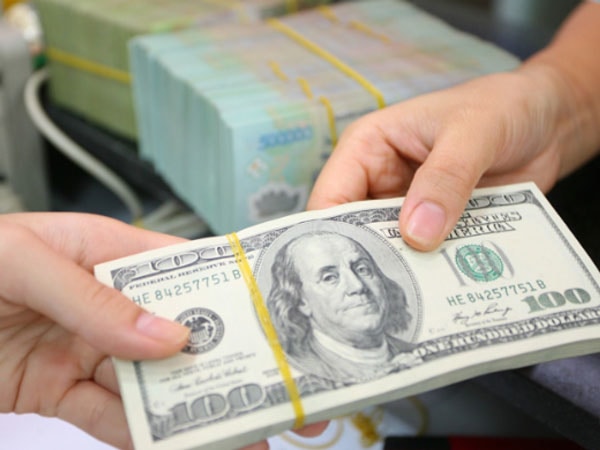 We started the week off quite well, having a few winning forex signals in the first 3-4 trading days. The volatility was acceptable and the market was rational, so it was all pretty straightforward for us.

We tried to concentrate on the forex pairs where the trend was clear, such as AUD/USD, NZD/USD, USD/JPY, and USD/CAD (in particular).

USD/CAD has been in a strong downtrend recently, which continued this week as well, albeit with a slower pace. So, we concentrated on this pair when we opened several sell forex signals, all of which closed in profit and giving us 129 pips in total.

We also tried the upside in USD/JPY, given the strong uptrend of the previous two weeks. We put our trust in the moving averages of the H1 USD/JPY chart, although their job was done remarkably.

But, our biggest winner this week was AUD/USD. Last Friday, we opened a long-term sell signal here after spotting a bearish formation on the daily and monthly charts.

The bearish chart setup – with a morning star on top – led to a trend reversal this week. So, right now we’re 90 pips up with this forex signal, although it doesn’t show on the weekly results since it remains open for more gains.

We only had two losing signals this week out of 11, which gives us a 90:10 win/loss ratio.

After the BOE and FED meetings from two weeks ago, and a lot of central bank chatter last week, this week the market was interested to see what they talked behind closed doors.

In fact, most of the interest is on the FOMC minutes rather than the ECB minutes. That´s probably because the ECB is more open to comments and guidance… or is it?

Perhaps it´s because the market is expecting the FED to take action before December, which is what the general consensus is right now.

Forex traders were waiting for some kind of signal, or just to see which side of the fence most members stood, but the main theme of the minutes was uncertainty. FED members were divided into two camps, but one thing where they agree is that they all want to see more data before making up their minds.

That left forex traders puzzled and they didn´t know which way to go regarding the USD. They tried the downside, then the upside, and the downside again, only to leave the Buck unchanged in the end.

That said, the economic data from the US has improved considerably in the recent weeks and in followed the same trend this week. Yet, wages and inflation remain soft, so I don´t blame the FED for staying on the sidelines until all sectors of the economy move in the same direction.

The Euro also remained in demand this week, as the economic data continues to improve in the continent.

I´m afraid we can´t say the same about the UK. All sectors of the UK economy are headed south, while inflation is surging, exactly the opposite of what we´re seeing in the US and in Europe. It seems like Brexit has messed things up for the UK.

This week, the economic data followed the same trend is in the last few weeks. In Europe, there were a few hiccups here and there, such as the miss in Spanish manufacturing numbers or PPI (producer price index). Overall, the numbers beat expectations and showed solid growth.

In the UK, this week´s numbers showed that the economy is losing momentum. All the main sectors of the economy such as manufacturing, construction, and most important, services missed on expectations.  Besides that, the trade deficit is also widening.

In the US, we saw a similar picture to the one in Europe… but fast-forward a year or two. The pace of the uptrend is picking up, with manufacturing figures jumping three points higher and overtaking the non-manufacturing PMI which still stand close enough. Non-farm employment jumped 70k higher this month which is another very positive indicator, but earnings are still lagging.

Last Friday, we opened a long-term sell forex signal in AUD/USD; it has been going in the right direction but it´s still interesting to have a look at the higher timeframe charts to see it this forex pair is changing trend for real.

As you can see on the H4 chart, AUD/USD has been sliding lower this week, breaking below the 50 SMA (yellow). Now, that moving average has turned into resistance and the area around 76.20-30 is adding extra strength.

The daily chart, on the other hand, looks a bit dodgy to sellers like us. The trend is still upwards and this pair is oversold at the moment, with stochastic reaching the oversold area on Friday.

The ultimate challenge for the sellers will be taking the price below the cluster of moving averages. If the buyers fail to resume the uptrend and take the price above last week´s high (0.7715), then that would be a sign that the uptrend has run its course and a deeper correction is coming, if not a trend reversal.

Alternatively, if the sellers take the first initiative and succeed, then we don´t have to worry about anything and we can just let this forex trade run.

So, this week the market was expecting to get a hint or two from the FOMC minutes and take a certain direction after that, but all I could sense from the minutes was uncertainty within the gang.

Yet, the Buck is a tad better now after gaining some confidence from positive US economic data this week.

But, the USD is still unsure which direction to take. Next week, we have a couple of appearances from Yellen as well as US retail sales and inflation numbers (CPI), so perhaps these will provide us with some clues.