EUR/CHF has been trading in an uptrend for about a month now and we have had quite a few winning forex signals during this time, particularly those buying around 1.10 and cashing in higher. 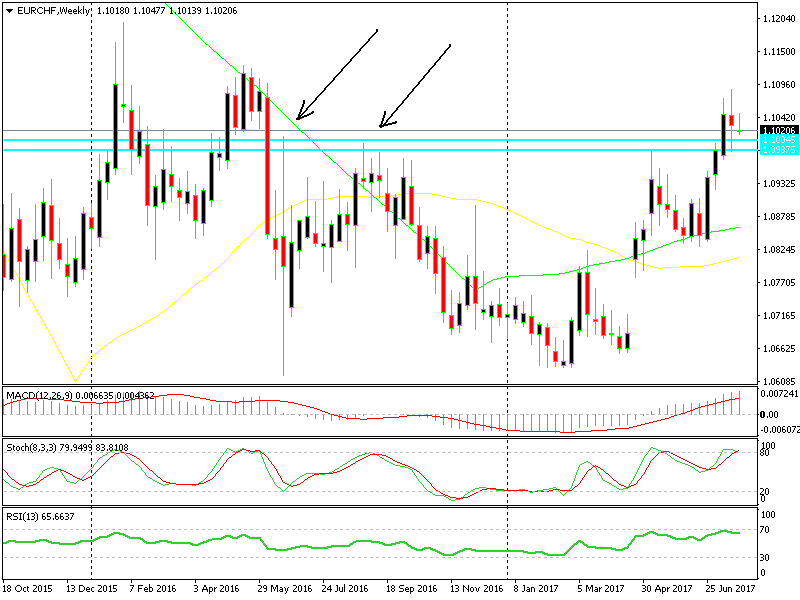 1.10 is a pretty strong support level

The 1.10 level used to be a very strong resistance level over the last couple of years, as you can see on the weekly forex chart above.

EUR/CHF broke above 1.10 two weeks ago and reached 1.1080s last week. On Friday though, we saw the market turn to safe haven assets such as gold, as my colleague Arslan pointed out in an update earlier today.

Safe haven currencies have seen some good demand as well, with USD/JPY following a steep downtrend and EUR/CHF turning back down to the 1.10 level.

We haven´t reached 1.10 yet, but we´re close enough to start thinking about opening a buy forex signal. 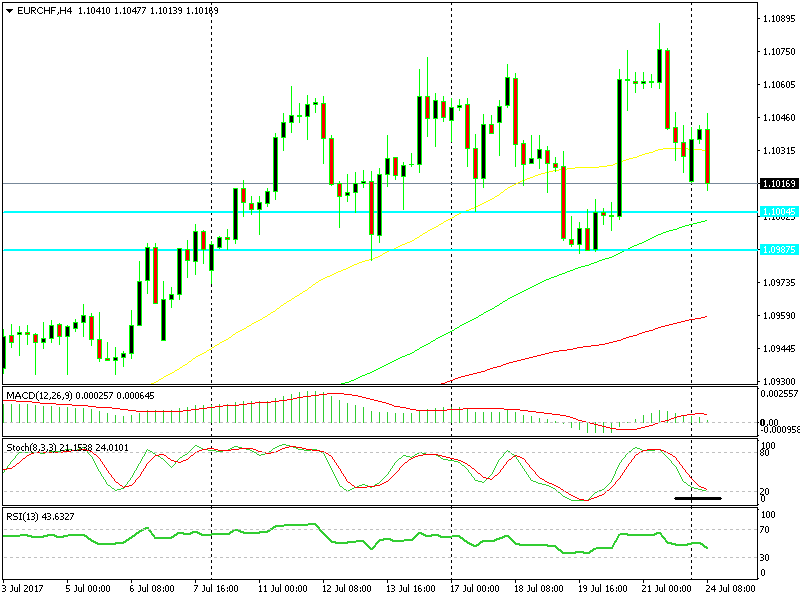 Stochastic is already oversold on the H4 chart

As you can see from the H4 chart, the first solid level of support comes at 1.1005. That´s where we are looking to pull the trigger unless we see a really fast decline below 1.10, though that doesn´t seem likely at the moment.