Forex Signals Midday Brief, July 26th – Waiting For The FOMC To Take Us For A Ride - Forex News by FX Leaders

Forex Signals Midday Brief, July 26th – Waiting For The FOMC To Take Us For A Ride

Today started with the Australian inflation report and a speech from the RBA (Reserve Bank of Australia) governor Lowe. Lowe was sort of dovish since he made it clear that the RBA wasn´t planning or even thinking about hiking interest rates, as my colleague  Ron explained. 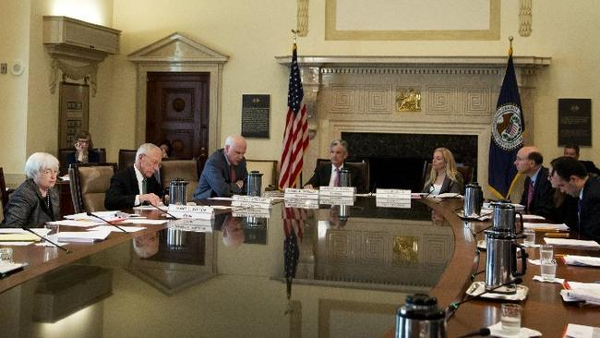 The consumer inflation (CPI) on the other hand, came a bit softer than expected so the Aussie has been on the retreat all morning, but the decline stalled right at the 100 smooth MA (red) on the hourly forex chart.

In the afternoon though, we saw AUD/USD make a retrace higher to the 100 simple MA (green). So we decided to open a sell forex signal here and at the moment it looks OK.

The British Pound also had a tumble to 1.30, but a number of moving averages on the hourly chart kept this pair afloat, besides the big round number providing support itself. The UK CPI report was sort of negative in my opinion but the market is too concerned by the FOMC statement and interest rate decision this evening, so GBP/USD has kept the trading range pretty tight.

The theme in the financial markets today is the FOMC statement. But the US economic data should provide a rough idea of the US economy for the near-term future.

US new home sales this afternoon were a bit softer than expected with last month´s number revised lower as well. But as I said, the market is focused on FOMC and this piece of data is not a massive market mover, unless it comes out off the charts, which wasn’t the case today.

Crude Oil inventories on the other hand should have had some impact on the market, or on the Canadian Dollar to be precise.

In fact, it did have some impact on USD/CAD. Inventories shrank by twice as much as expected; they were expected to fall by 3.3 million barrels, but they declined by 7.2 million, which should increase demand in the coming weeks, thus helping the CAD which is tightly correlated to oil prices.

USD/CAD lost about 20 pips after the inventories release, but it has popped 30 pips higher just now. I can´t see any reason for that, but if I hear anything I will keep you updated. 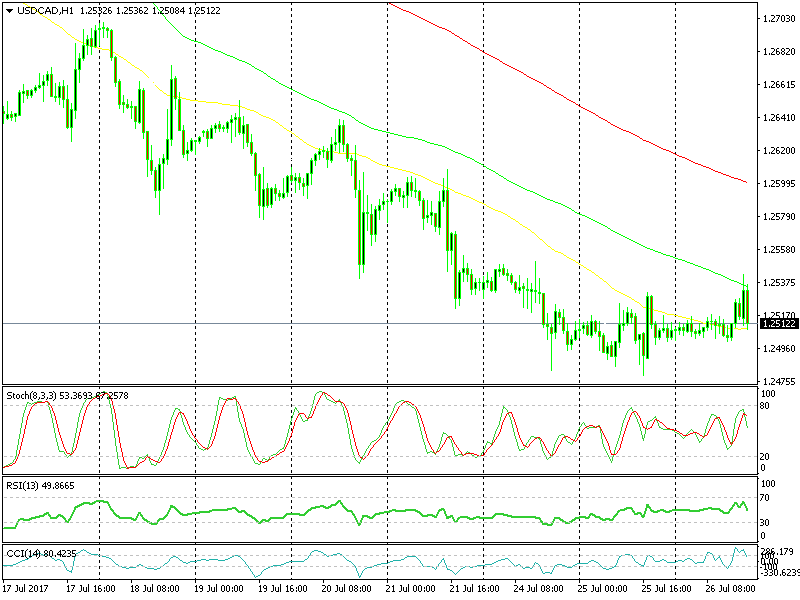 FOMC, The Elephant In The Room

Yes, this is the biggest event today. No one expects any changes in the monetary policy right now, but the market is being careful, just in case.

A rate hike is definitely off the table, given the recent US economic data, particularly inflation and the fact that the FED hiked the rates just last month. But you can never rule anything out in forex. Besides that, the FED might give us some hints about when they plan to reduce the balance sheet.

If that happens, I see the USD resuming the long term uptrend which has started about three years ago. In that case, I would open another one or two long term forex signal in favour of the USD.