Yesterday, I talked about a possible reversal in gold after it had formed a bearish chart setup. The previous daily candlestick had closed as a doji, while yesterday´s candlestick was closing pretty bearish.

Then I switched to USD/JPY daily chart and saw the exact same thing, but upside-down. USD/JPY had formed a doji on Monday and on Tuesday it climbed around 100 pips. 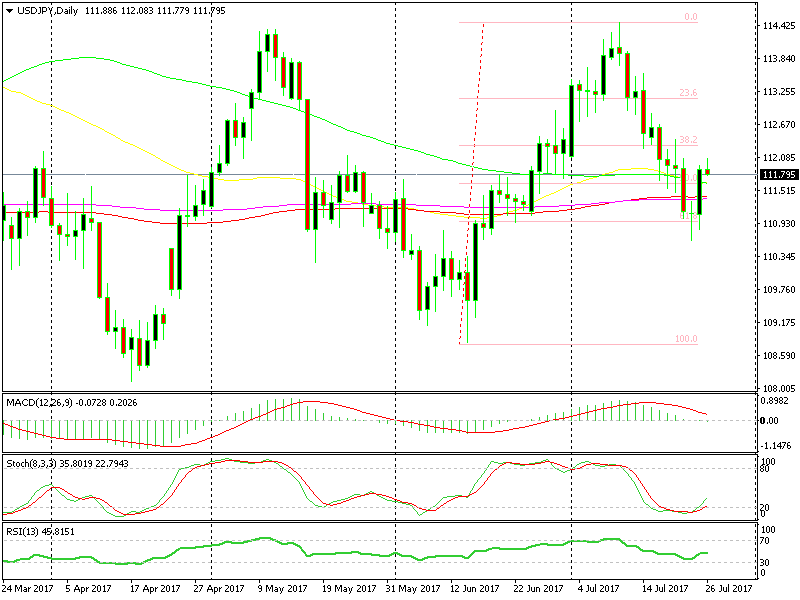 A bullish candlestick followed the doji which is a bullish signal

But the other question is, why did the sentiment change or, did it not change at all and this is just a retrace?

The US health bill that passed through Senate yesterday might have had some positive effect on the market sentiment. Yet, I can't be sure that the sentiment has changed until we see yesterday´s move continue further today.

This may well be some position squaring before the FOMC statement later in the evening. Gold has extended yesterday´s move, so let´s see if USD/JPY will continue higher up or return back down and head for 108.

Will We See A Deeper Retreat in Gold Ahead and After the FED, ECB?
3 hours ago