UK GDP Pointing Down – Is There A Trade In GBP/USD? - Forex News by FX Leaders

UK GDP Pointing Down – Is There A Trade In GBP/USD?

The UK Q2 preliminary GDP report was just released and at first glance, it looks slightly positive. Yet, it wasn´t a positive reading and right now we are looking for a forex trade in GBP/USD or other GBP pairs for that matter.

So what did the UK GDP report for the second quarter say?

The headline came as expected at 0.3% but the chart is pointing upward because last quarter´s number was revised down a point to 0.2%. Although the UK GDP chart looks like it´s moving higher, in reality it , s unchanged. 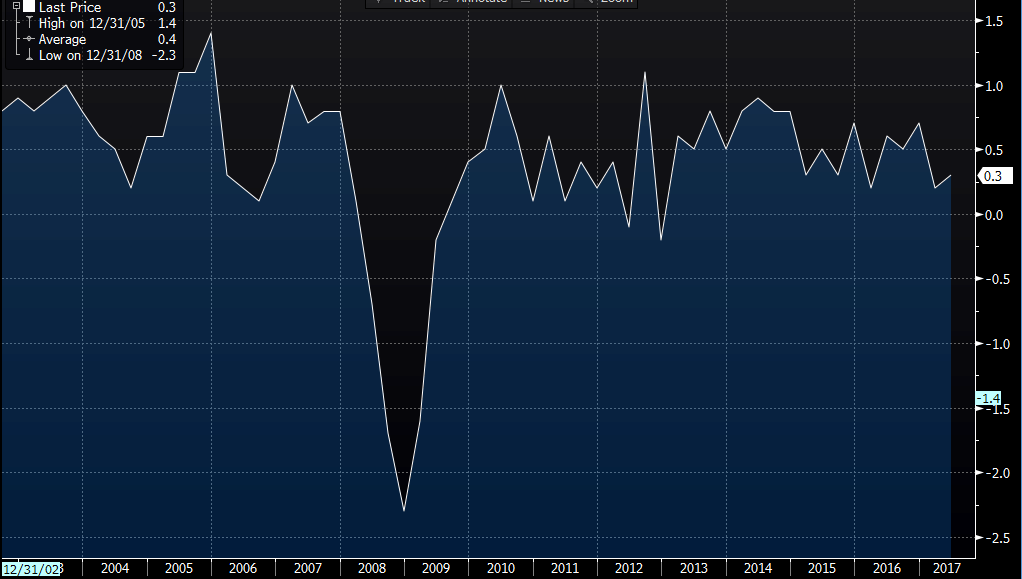 Don´t let this chart fool you, UK GDP is heading down

If we look at the yearly GDP number for 2017 so far, the picture gets a lot gloomier. It declined to 1.7% from 2% previously with construction and manufacturing leading the decline, while film production and distribution was the best performing sector.

Is London shifting from financial to film production? Is it turning into the European Hollywood after Brexit? Of course it is not and obviously, I´m joking.

GBP/USD was unsure for a while after the release and fell to 1.30, but the 100 SMA on the hourly forex chart held the price well.

On the other hand, the 50 SMA (yellow) is providing resistance on top around 1.3030, so we´re still not far from there. 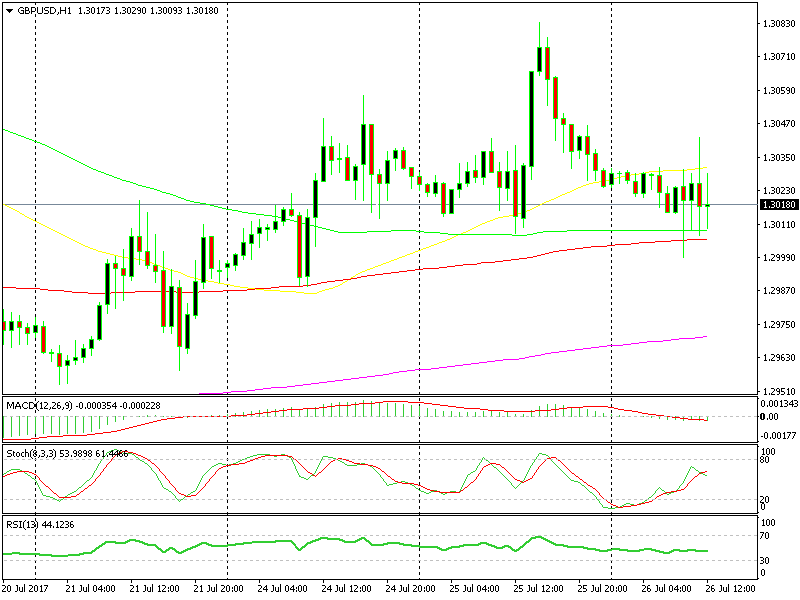 The price is stuck between 2 moving averages

This seems like a bull trap to me and I´m looking to sell this forex pair, probably around 1.3030, if the buyers try the upside again, with a stop above 1.3050 and take profit around 1.30.