We have a case to solve in GBP/USD: the price action has been strange/interesting and we have to figure out what it means.

Over the last several months, the USD has been under pressure. In my opinion, it's unjustified, but that´s a fact. Actually, it started exactly when Donald Trump became president.

Regardless, all major currencies have been taking advantage of it with the Euro being in the forefront, while, the Pound has been stuck around 1.30 since April. 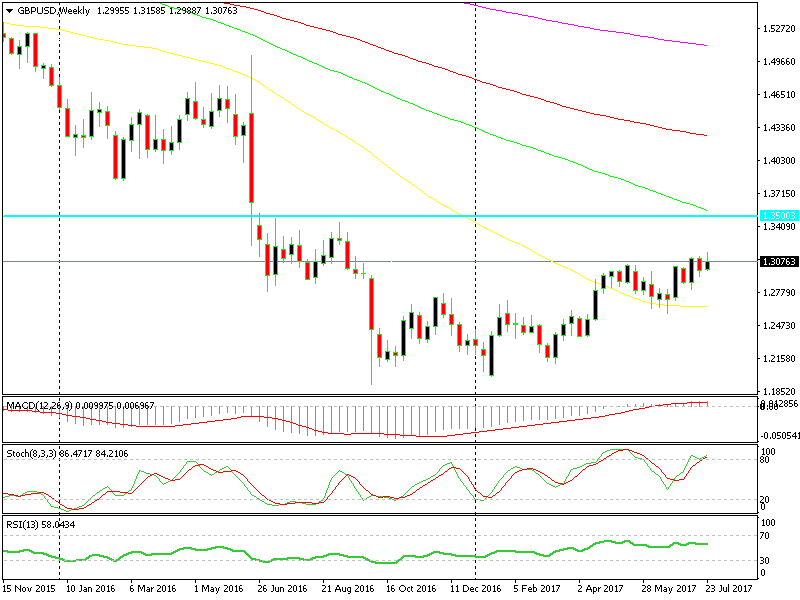 GBP/USD has obviously benefited from the USD weakness, but not as much as the other majors. The Euro has gained more than 10 cents during this time, while the Canadian Dollar has gained around 14 cents.

This sort of price action looks suspicious for bulls. If a forex pair can´t gain when the others are surging, then it´s likely it will fall hard when the other pairs reverse.

I know I said this about a month ago, but GBP/USD hasn’t progressed much since then, while the Euro and the CAD have absolutely been surging.

So, I´m really thinking of starting to build a short position here and probably add more if we inch closer to 1.3150. I`m not saying it will reverse tomorrow, so we need to be patient with this trade.

Will GBP/USD Head for Parity Too, As UK Economy Heads Into Recession?
6 days ago