Today's economic calendar is chock full with plenty of economic releases, but there isn’t any particular piece of data which is highlighted red. This means that most of the economic data today is second-hand tier at best. This type of data doesn´t really move markets much unless there are shocking numbers.

But remember that today is the 31st of July and that´s the date most international companies and financial institutions make or receive their payments. They obviously do their payments electronically, so they have a considerable impact on the markets. 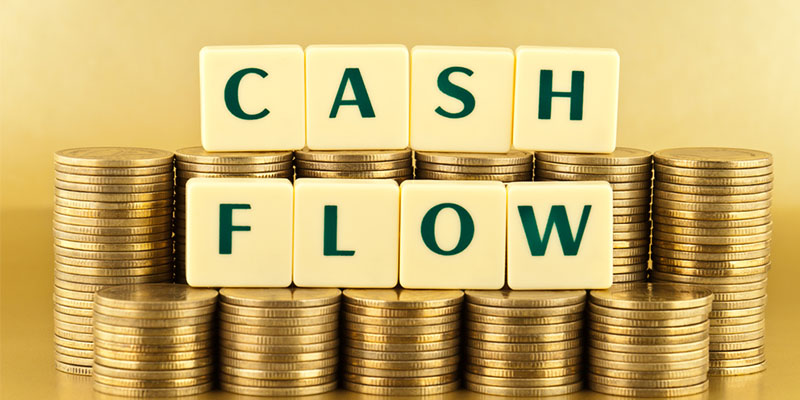 What did we have so far?

It kicked off with a sharp decline in Australian new home sales numbers, followed by a slight miss in the Chinese manufacturing and non-manufacturing data.

Then the picture brightened as the European data started to come in. German retail sales jumped by 1.1%, while they were expected to remain flat. The Italian unemployment rate fell from 11.3% to 11.1%, although it is still too high for a developed country.

Those were some good numbers coming from Europe, but these didn’t have much of an impact on the Euro price action today, as we mentioned above.

As the US session began, the US pending home sales jumped by 1.5% while Chicago PMI missed expectations. Although at 58.9 points it remains at a very decent level, again, no reaction whatsoever.

In the previous forex update, we talked about the 1.3150 resistance level in GBP/USD and how it had reversed the price back down a few times last week. We decided to take a shot at that level and open a sell forex signal.

But month end flows can ruin the best of trades, particularly in late July and early August when the liquidity is thin and that´s what´s happened to our signal.

While most forex majors were little changed, EUR/USD and GBP/USD took off unexpectedly without any apparent reason and they´re still grinding higher. EUR/USD finally broke 1.18 which is another big level. Despite an improved European economy, I still think that this rally doesn´t make much sense. This is especially true when EUR/USD is at these elevated levels. I´ll post another deeper analysis on this pair soon, probably tomorrow.

GBP/USD also broke the 1.3150 level and took us to the next resistance which comes at 1.32. It came just 1 pip short of 1.32 and it´s now retreating slowly. In the next few sessions, we´ll see if 1.32 will become the next resistance or whether it will be broken and turn into a support.

USD/JPY Keeps The Bearish Bias, But The Downtrend Is Running Out Of Steam

USD/JPY has been trading in a strong downtrend, there´s no denying it and we´re trying to make use of it. We opened a sell forex signal this morning when the overnight retrace was coming to an end and the price was banging its head against the 20 SMA on the H1 chart.

It didn´t take long and the price reversed back down, so we got our pips from that signal.

But, while EUR/USD and GBP/USD have gained around 100 pips and broken some decent resistance levels, USD/JPY has barely lost 25-30 pips and it seems unable to take out last night´s low at 110.30. 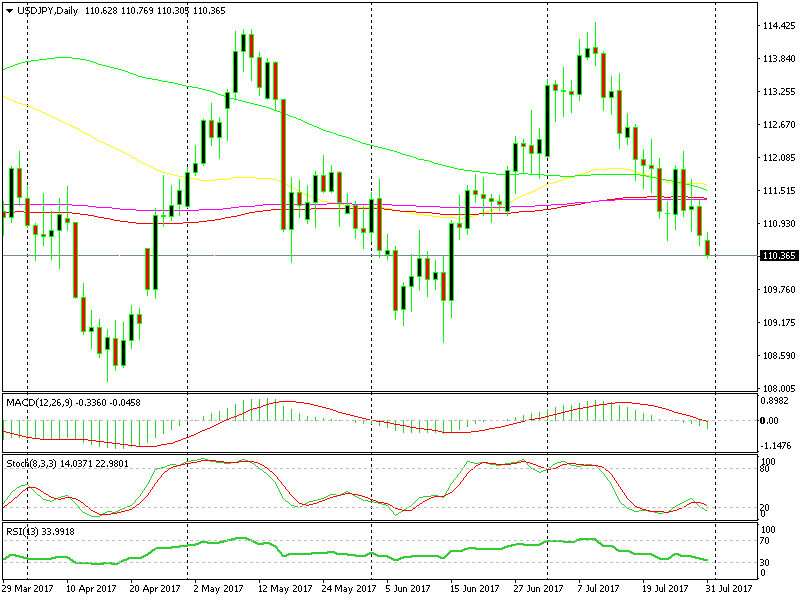 I´m not implying that the downtrend is over, but when other currencies are gaining a cent against the Buck while the Yen can’t, the price action looks a bit dodgy.

Trade Idea: Although, I still expect to see 1.10 in the coming session. That would be a good level to consider a long term buy forex signal, because the USD has gone down the drain over the last few months for no apparent reason, besides political uncertainties in the US, although political trouble never goes away and other places like UK are in a worse position. So, I´ll try to sense when the sentiment turns around for the Buck in order to get a good entry level.

US Dollar On The Rise: A Quick Look At GBP/USD And USD/CHF Signals
23 hours ago