A Mixed Morning For Global Manufacturing

As the title implies, today is manufacturing day. We´ve had manufacturing numbers being released for all major economies and so far the results have been mixed.

The Australian manufacturing number was the first to be released. It was better than expected and at a decent level. Nevertheless, the impact on the Aussie was minimal, since the RBA (Reserve Bank of Australia) was going to make a decision on interest rates. The decision was to stay put for the time being. 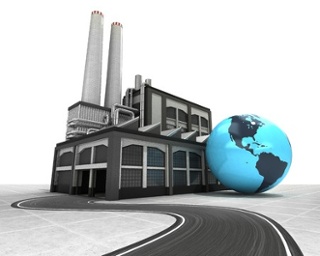 US And Canadian Manufacturing Still To Come

The US personal spending, personal income and core price index were just published. The price index and spending numbers were as expected, but income missed expectations badly and last month was revised lower as well.

Construction spending and manufacturing prices will be published at the same time, so we have a handful of economic data coming our way. None of these releases can move the markets around individually, but all together they might send the USD surging or tumbling, because they give a general idea of the state of the US economy over the previous month.

Trade Idea: The USD has been under immense pressure, so I´m not sure the Buck can rally too much even if the numbers are great. The trade has been pretty easy so far for USD bulls, wait for a retrace lower in EUR/USD and GBP/USD or a retrace higher on USD/JPY on better economic numbers and then jump in to smash the Buck again. So, if you must play the game, you have to play it like this nowadays, until the sentiment changes.

Retracing For The Next Assault?

As we mentioned in one of the forex updates earlier today, the forex market is in pullback mode. The USD lost a lot of ground yesterday, but today it has been advancing against most majors, apart from GBP which got an energy spurt from the UK manufacturing PMI report earlier.

The Aussie and the Kiwi have retraced the most so far; AUD/USD is about 70 pips lower so far which is not good for our forex signal here, but the 50 SMA on the H4 chart is providing some sort of support, so we hope that this moving average holds.

Although, this looks to be just another one of those pullbacks, where USD sellers unload some of their positions, before regrouping to make another push lower. The problem is finding out the end of the pullback.

You never know for sure until the reverse happens, but to me, it looks like the end is here. Most forex pairs have reached some decent moving averages and the price is not sliding anymore. We just opened another forex signal, so that's three in total.

The Global Dairy Trade (GDT) price index is due to be released today as well. There is no exact time for its release, so we must keep an eye out for it. This piece of date is closely related to the NZD since New Zealand is very dependent on dairy products and prices.

Expectations are for a 5% increase in whole milk powder while last month´s number stands at 0.2%. So, any number above 5% is likely to send the NZD surging. In fact, any increase higher than 2% is likely to have a positive impact on the NZD. 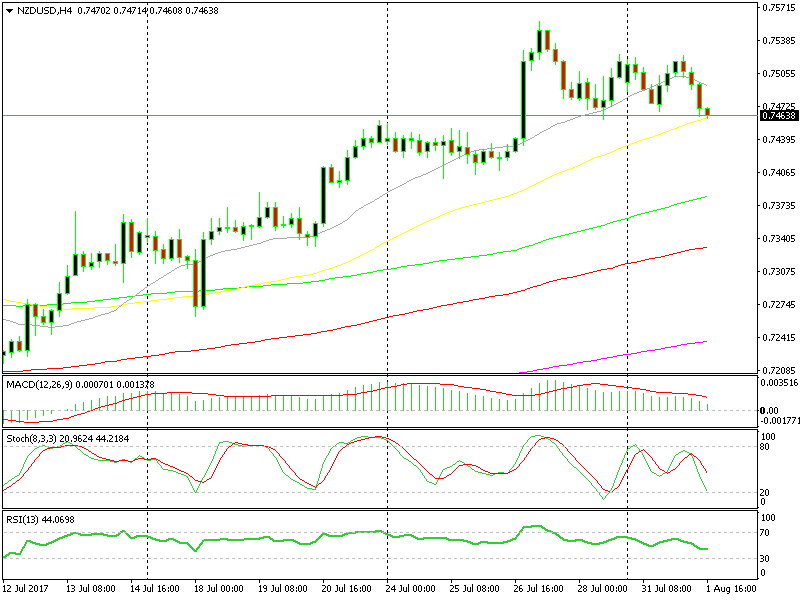 Is the 50 SMA going to hold and reverse the decline?

We opened a buy NZD/USD signal just now above the 50 SMA on the H4 chart and 100 SMA on the H1 chart, so we hope to see a decent GDT auction price.