Gold has been going up in the past three weeks or so and nothing could stop it as it is often the case with this stubborn metal, but this week gold has traded sideways mostly. 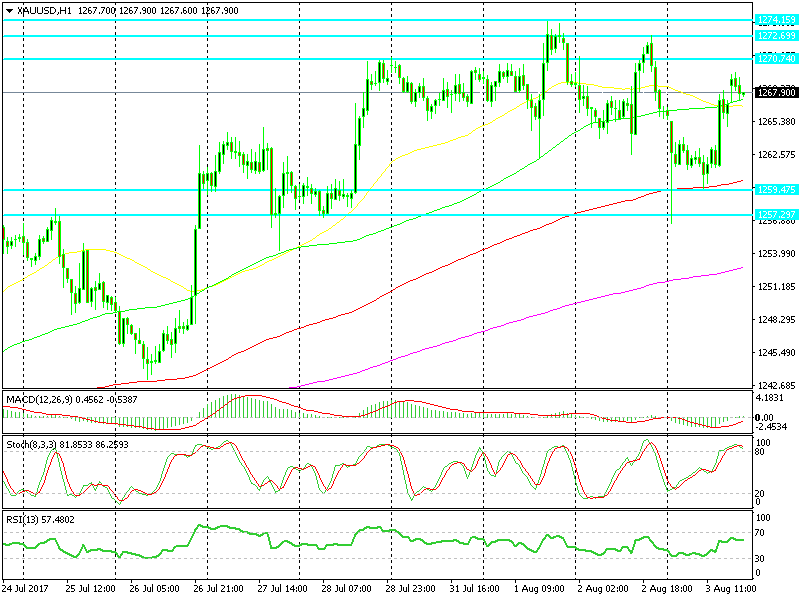 2 areas and 5 levels to keep an eye on

The next and more import support level comes at $1,256-7; it has been providing support and resistance more often than the previous level, so the chances are that it would provide some good price action for a Gold trade.

Trade Idea: Trading the ranges is pretty simple, buy at support with a stop below it and a take profit target near resistance and vice versa, as my colleague Ron suggested just a while earlier in our last Gold update. The catch with Gold is that it is extremely volatile, so you have to reduce lot sizes in order to keep the risk under control.

Gold Improves, But Set to Post Worst Performance Since March 2020
4 hours ago