How Many Reasons Do We Need To Start Building EUR/USD Shorts? - Forex News by FX Leaders

How Many Reasons Do We Need To Start Building EUR/USD Shorts?

I have been mentioning quite often recently that the Dollar has been falling too deep for no major reason. It´s true that Trump is a liability for the Buck, but since when have politics been straightforward anywhere in the world?

The 200 SMA has been providing support for years until it finally let go in 2014, so if the 50 SMA gets broken, then the 200 SMA should provide some solid resistance. 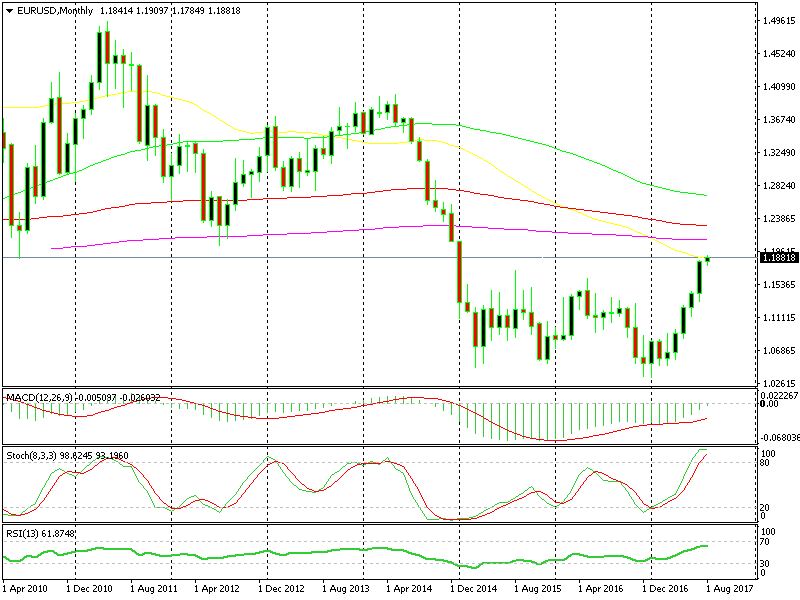 The stars are aligning for a long term sell position in this forex pair, but there are still some important events coming in the coming sessions, such as the US average hourly earnings. We will post another update about it later today so make sure to stay posted!

Skerdian Meta // Lead Analyst
Skerdian Meta Lead Analyst. Skerdian is a professional Forex trader and a market analyst. He has been actively engaged in market analysis for the past 11 years. Before becoming our head analyst, Skerdian served as a trader and market analyst in Saxo Bank's local branch, Aksioner. Skerdian specialized in experimenting with developing models and hands-on trading. Skerdian has a masters degree in finance and investment.
Related Articles
Crude Oil Fails to Extend Buying Trend - Increased Oil Stock Pressures!
During Thursday's Asian trading session, the WTI crude oil failed to maintain its previous day bullish trend and dropped around below the $5
3 hours ago

Forex & Commodities Trading Levels to Watch on Thursday
8 hours ago