Who's ready to trade the gold today? We’ve got an exciting set up on gold. Check it out!

As mentioned in my earlier update, Turning Point For Gold – Bearish Sentiment, our trade idea was to take a buy only above $1255 to aim at $1260. I'm happy to say the trade went as planned. 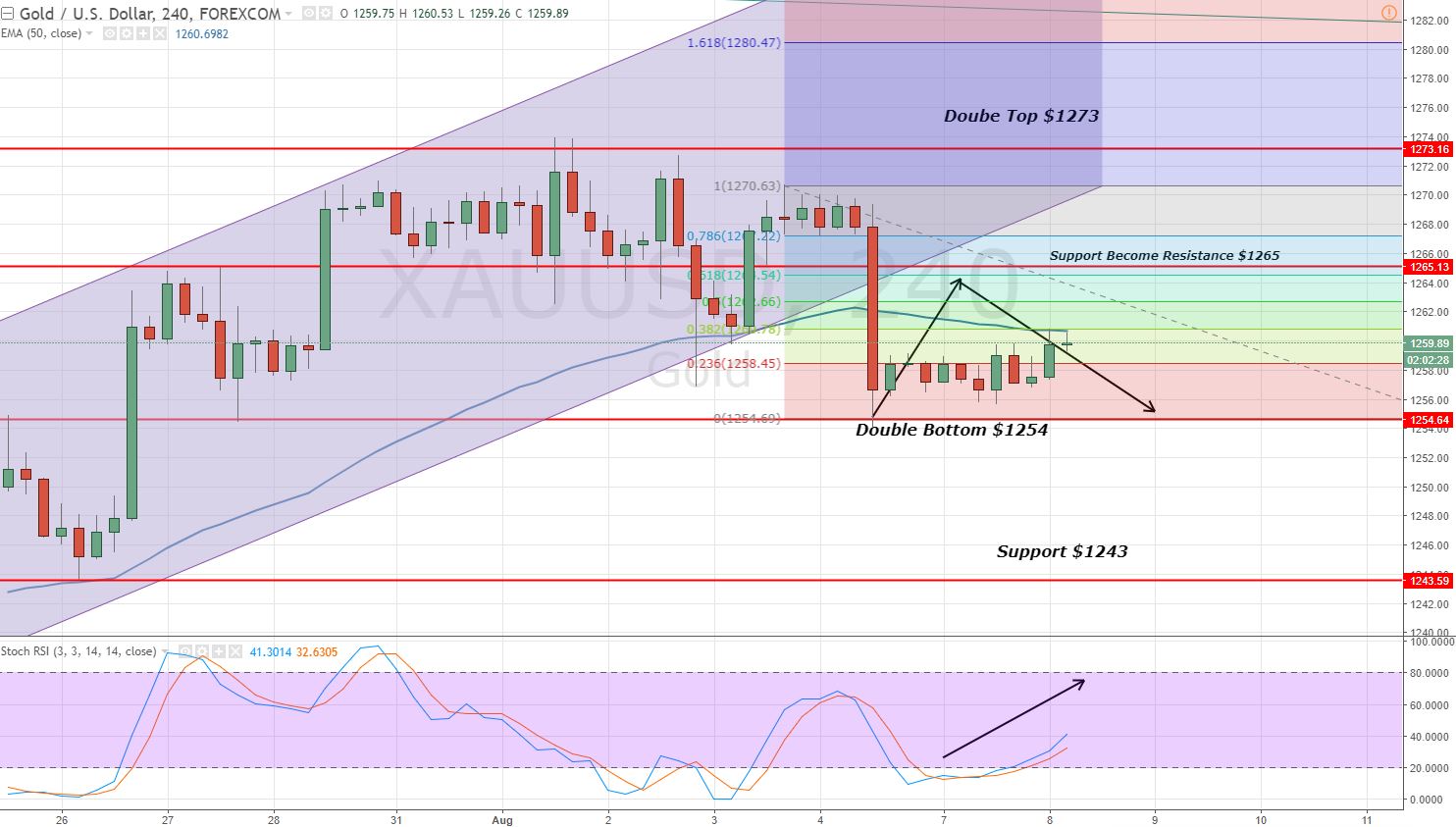 Now, the gold is heading north to complete the 61.8% Fibonacci retracement. On Friday, it came out of the bullish channel, which was formed last week, and now the same bullish channel is extending a hurdle near $1267/69.

Gold is likely to have an immediate resistance at $1264 and that's the same level where gold completes its 61.8% retracement. If you are wondering what's the Fibonacci and how to trade it, I recommend checking out FX Leader Fibonacci Trading Strategy article which can help you deal with oversold & overbought trade setups.

As for fundamentals, we don't have anything major, but keep in mind, the investors are still trading the highly optimistic labor market figures from the United States. Therefore, the sentiment for the Buck is still bullish, diminishing the yellow metal's appeal.

Forex Signals Brief for Jul 30: Is an XRP Settlement Close?
11 hours ago