Trump And Kim Are Having An Affair. Gold Traders, Stay Safe Out There - Forex News by FX Leaders

Trump And Kim Are Having An Affair. Gold Traders, Stay Safe Out There

The safe haven assets were sold off on Friday last week, while the Swiss Franc has been losing ground for quite some time. This can be easily spotted in EUR/CHF which has surged more than six cents.

Although today, the tide has shifted unexpectedly; the Japanese Yen and the Swissy have gained more than a cent, while gold has rallied more than 18 cents. In fact, this started yesterday evening when the gold made an impressive turnaround, right after we posted our last gold update. 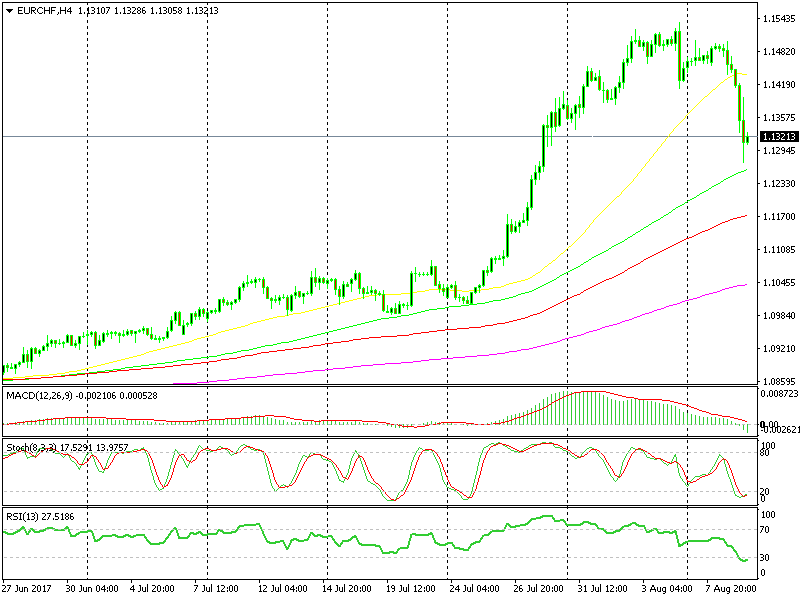 That´s quite a pullback after a strong uptrend

So, what´s the reason for this sudden turnaround in market sentiment?

With the improved global economy, the markets have been pretty positive lately, hence the surge in EUR/CHF. I heard that large hedge funds were heavy long on this forex pair.

Yet, the supreme leader of North Korea, Kim Jong Un never fails to provide entertainment for forex traders. Yesterday, the correspondence between him and Donald Trump escalated into more threats with the passing of additional sanctions by the US Congress just a few days ago.

So, we have seen some heavy bids in safe haven assets today. Although I had posted an article a few months ago explaining how the US and China have an agreement, according to which the Chinese are supposed to take care of Korea.

North Korea is basically living off of Chinese aid, so it wouldn´t be difficult for China to put an end to this North Korean nonsense. But Kim, Trump and the Chinese government officials must have long positions in JPY, CHF and of course gold, so they´re enjoying this surge in safe haven assets.

We should stay out of these assets at the moment. They have rallied strongly in the last couple of sessions but have now stalled. They could reverse just as quickly making it too dangerous to pick a side right now. I’d suggest that we wait until the situation calms and then sell these assets. The best trade would probably be long USD/JPY, but not at this moment.