Let’s Trade Now That PPI Is Out

Today we only had a few forex trades, including the signals that we have issued on indexes. This is because the market was patiently waiting for the US unemployment numbers and PPI (producer price index).

Unemployment claims came out more or less as expected, while PPI fell to -0.1% from an expected 0.1%. Core PPI was even worse since it dived to -0.2%.

Interestingly, these numbers are providing us with trading opportunities happen to be on the opposite side of the number line. The PPI numbers were negative, but we´re buying the USD.

The Buck lost about 30 cents across the board, but I think that this is it. The market is very unclear which direction to take, so it's possible that after the jump will come the reverse.

We pulled the trigger on two forex pairs. GBP/USD stalled just below the resistance at 1.3014 so we decided to open a sell forex signal here. We were a bit late, so we had to open it about 10 pips lower, as the price was retracing lower. 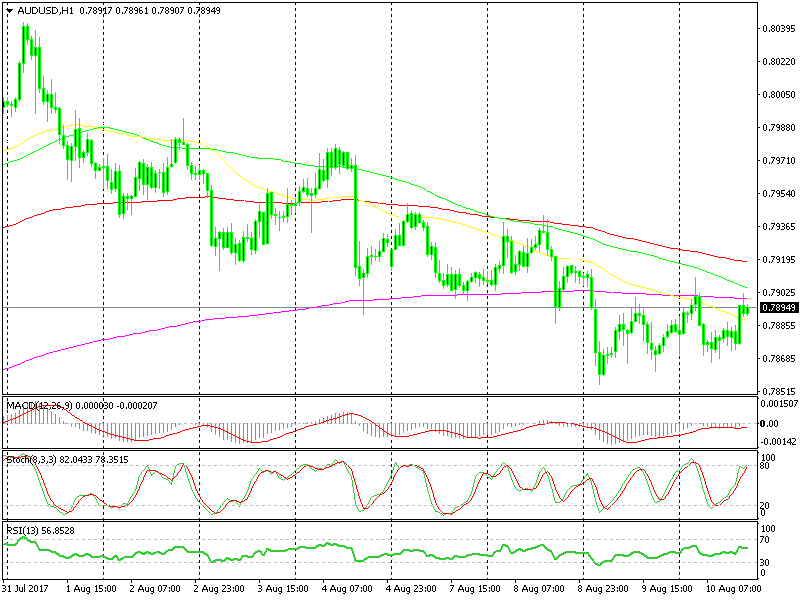 The downtrend is in place and the 200 SMA is doing its job, so we decided to sell this pair

AUD/USD also stalled at a decent level – it stopped right at the 200 SMA (purple) which used to be a support earlier this week and has now turned into resistance. We decided to open another sell forex signal here. Let´s see where the market will take us now.

Selling EUR/GBP Again Today, Below the 100 SMA
2 hours ago