Let’s Take a Shot at NZD/USD

We decided to sell NZD/USD already. But, what indicators are signalling to us to sell? 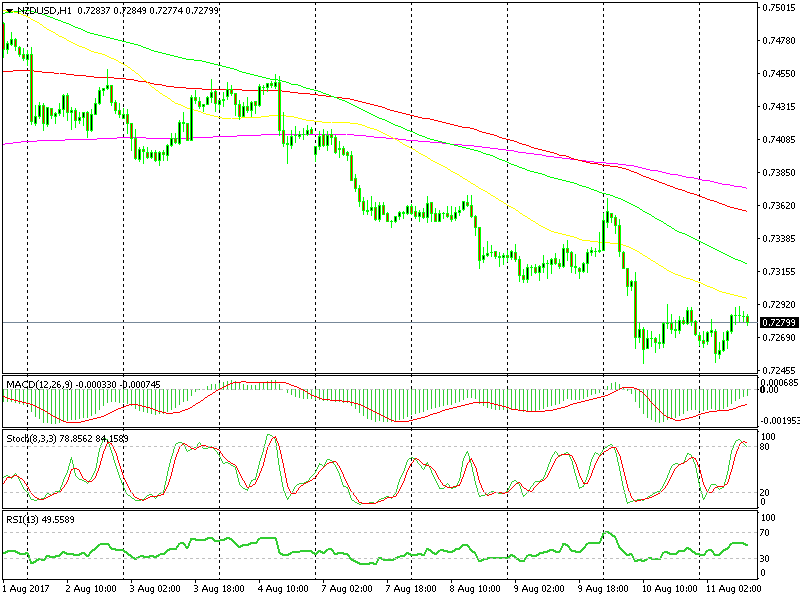 How many reasons do you see on this chart for going short?

Seven indicators pointing down should be enough for a forex trade to be successful. You can't know for sure how a trade will evolve when you trade forex, but these indicators are more than enough to open a trade. Now let´s see if the market agrees with our analysis.