US CPI Missed! Is This The Last Chance To Buy the USD? - Forex News by FX Leaders

US CPI Missed! Is This The Last Chance To Buy the USD?

The US PPI (producer price index) gave us a warning sign yesterday when it dived by 0.2% month/month and today the market received the CPI numbers, which offered another miss from expectations. 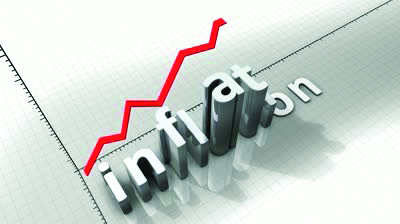 So, US inflation still has no clear direction

The monthly CPI and core CPI were expected at 0.2%, but the actual number came at 0.1%. That´s lower than expectations but it still shows that inflation is moving higher, albeit slower than expected.

The yearly core CPI also missed expectations as they were for a 1.8% reading, but at 1.7%, core CPI is still higher than the 1.6% we saw last month.

However, that´s still not a good reading for both the yearly and monthly numbers, so the USD lost about 70-80 pips immediately after the release.

But, I don’t think this reading changes much regarding the FED monetary policy, because to be honest, that's what the market is really interested. More than inflation, the market wants to know if the FED will pick up the pace of rate hikes.

So, today´s CPI reading leaves us right where we were before the release and the market is already reversing. So, these numbers won´t sent the USD surging, but that´s one less thing for the market to worry about.

As I said, the USD is not taking off today on the CPI report, but after the jump in EUR/USD I got the feeling that this might be the last chance to sell this forex pair. So, we opened a long term sell forex signal here hoping to grab a few hundred pips from it.

GBP/USD Enters Overbought Zone - Why 1.2500 Could Drive Sell-off
12 hours ago