Good morning traders and welcome to another week on the markets.

Last week was a heck of a ride as a fired up President Donald Trump practically put US equity markets to the sword. Over the course of the week, he continued his rhetoric against North Korea and made it very clear that he was prepared to do whatever it takes to counter any aggression from Kim Jong-un.

Stock markets don’t like uncertainty and as a result, equities plummeted and safe-haven assets, like gold and the USD/CHF, began to rally. When things finally began to settle down, US CPI came in worse than expected and the USD sank.

However, with all these developments come opportunities for traders. Though increased levels of volatility might be a scary thing for buy and hold investors – for FX traders they provide the opportunity to seek out trades with strong momentum and a great risk/reward.

Due to President Trump’s continued taunts, equities had one of their worst weeks of the year. The thing to note with stock markets is that they are mean-reverting in the short term.

What that means is that after a strong sell-off in stocks, we can expect markets to retrace over the next 5-20 days. After the 8 largest sell-offs in the S&P 500 in the last 5 years, we have seen an average of a 4% increase in the following 20 days.

The Nikkei 225 also had a horrible week, down 1.5%. What we are looking for, is how to react on Monday, since markets were on holiday on Friday and if we can start to regain some of that lost ground over the coming week. I’m expecting some strength to come back into equities in the short term. 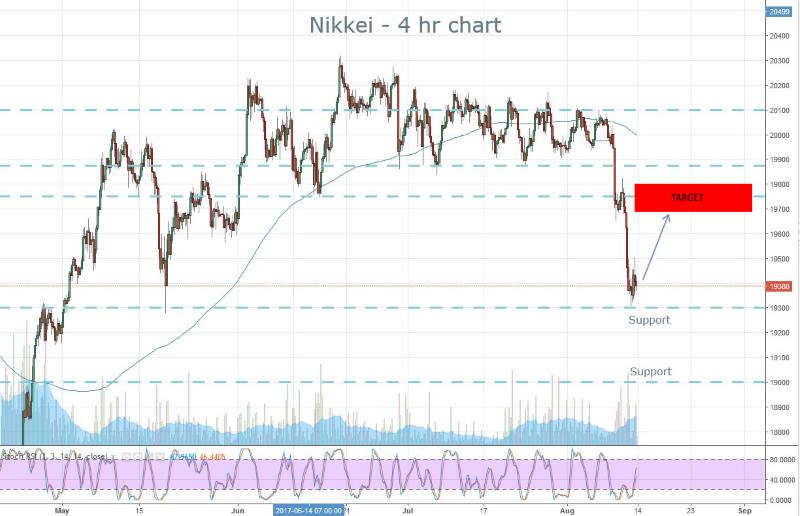 Watch out for Japanese GDP on Monday as this is the first piece of the puzzle that can predict early momentum.

The Aussie has been trending lower for a few weeks now. It’s been due to the RBA doing everything it can to talk down the AUD as well as a bit of strength in the USD.

We’d been tracking nicely along a trendline, however, on Friday when US CPI was released, the AUD got a little jump to the upside.

My long term prediction is still for us to break below 0.7500. And the only way to get to that level is if we go through 0.7800 first. The AUD had a really great opportunity to push lower on Friday before the CPI number. I’m expecting the price to get sucked back down toward 0.7800 as we’ve seen quite a bit of volume traded there previously. 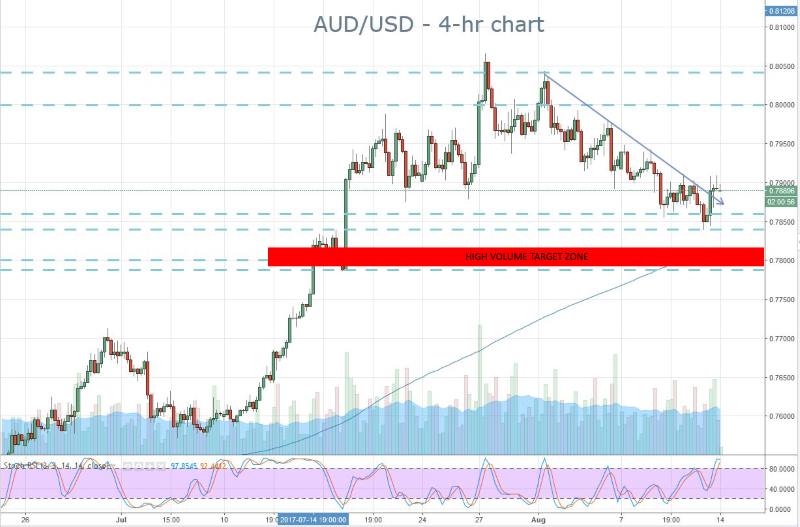 RBA minutes are going to be released on Monday, however, we pretty much know what to expect, with the same rhetoric we’ve been hearing for weeks. Hopefully, there is a little bit more jawboning and the AUD might just regain that downward momentum that has served us well in recent weeks.

NZD/USD: RBNZ in Focus
11 months ago 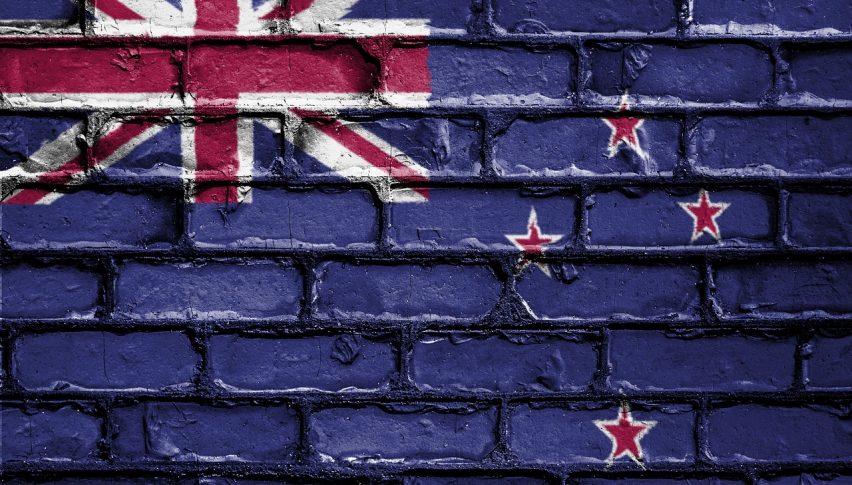