Is USD/CAD Turning Down Soon? - Forex News by FX Leaders

Is USD/CAD Turning Down Soon?

Last night we opened a sell forex signal in USD/CAD. This pair had retraced higher after the decline which followed the Canadian retail sales report. The report was pretty upbeat which gave CAD traders another reason to pile on longs, which translates to USD/CAD shorts.

The price was just below the 50 SMA (yellow) on the hourly chart and stochastic was overbought, so the retrace seems complete. Besides, the 1.2550-60 level used to be a support, so it was going to provide some sort of resistance now. 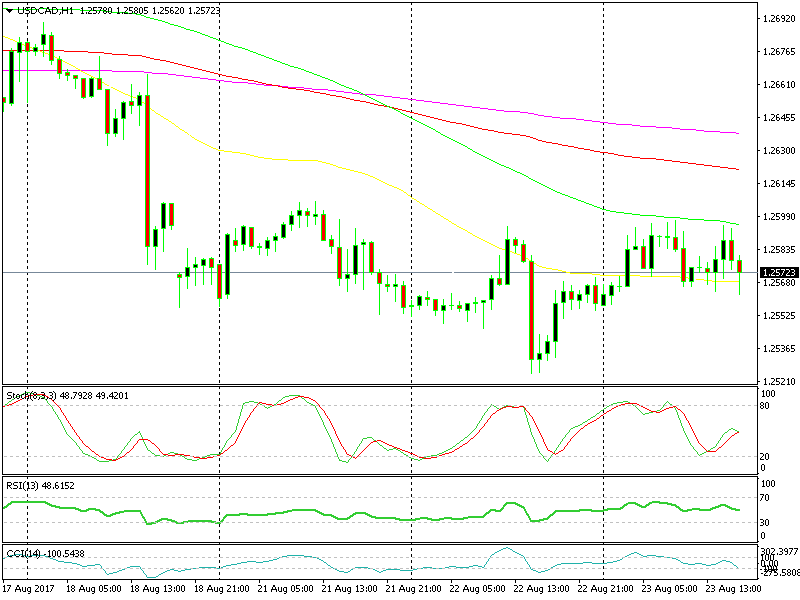 This morning I woke up to see the resistance gone and the price around 1.2590. At least, the next moving average had come to our rescue. The 100 SMA (green) had stopped the climb and it was providing solid resistance.

So, most of the day today the price has been stuck between the 50 and 100 SMAs, but it is making a move as I speak. We just pierced the 50 SMA, but we need to close below it in order for this to be considered a proper break. 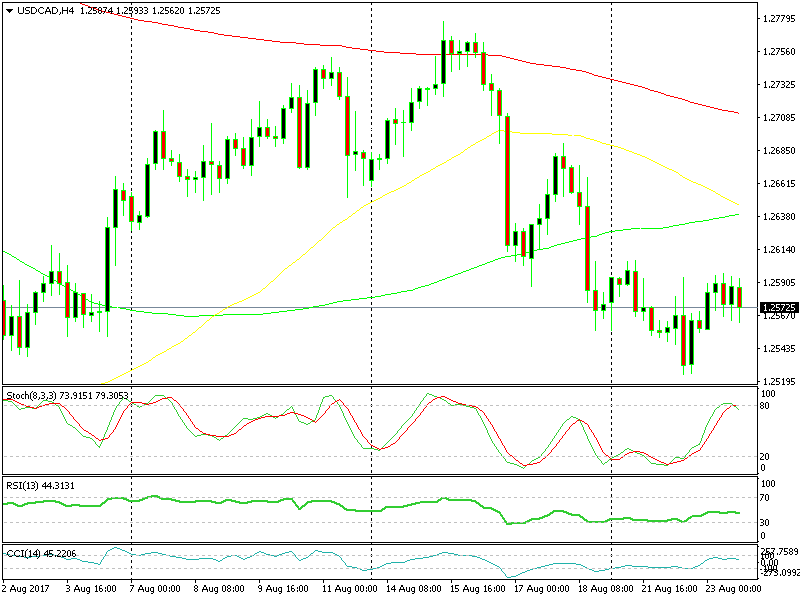 The H4 chart is clearly heading down

The H4 forex chart is looking pretty good as well; stochastic is overbought which means that the retrace higher is done and it is heading down now. Everything is pointing down, so let´s just wait.