During the Asin sessions, the crude oil continued to trade bearish. This is despite the EIA report which showed a draw of 3.3 million barrels though it was supposed to be bullish. What's going on?

According to the Energy Information Administration (EIA) report, it recorded an inventory draw of 3.3 million barrels last week followed by a draw of 8.95 million barrels. The oil was supposed to gain on the news, but it surprisingly fell after pulling slightly higher. 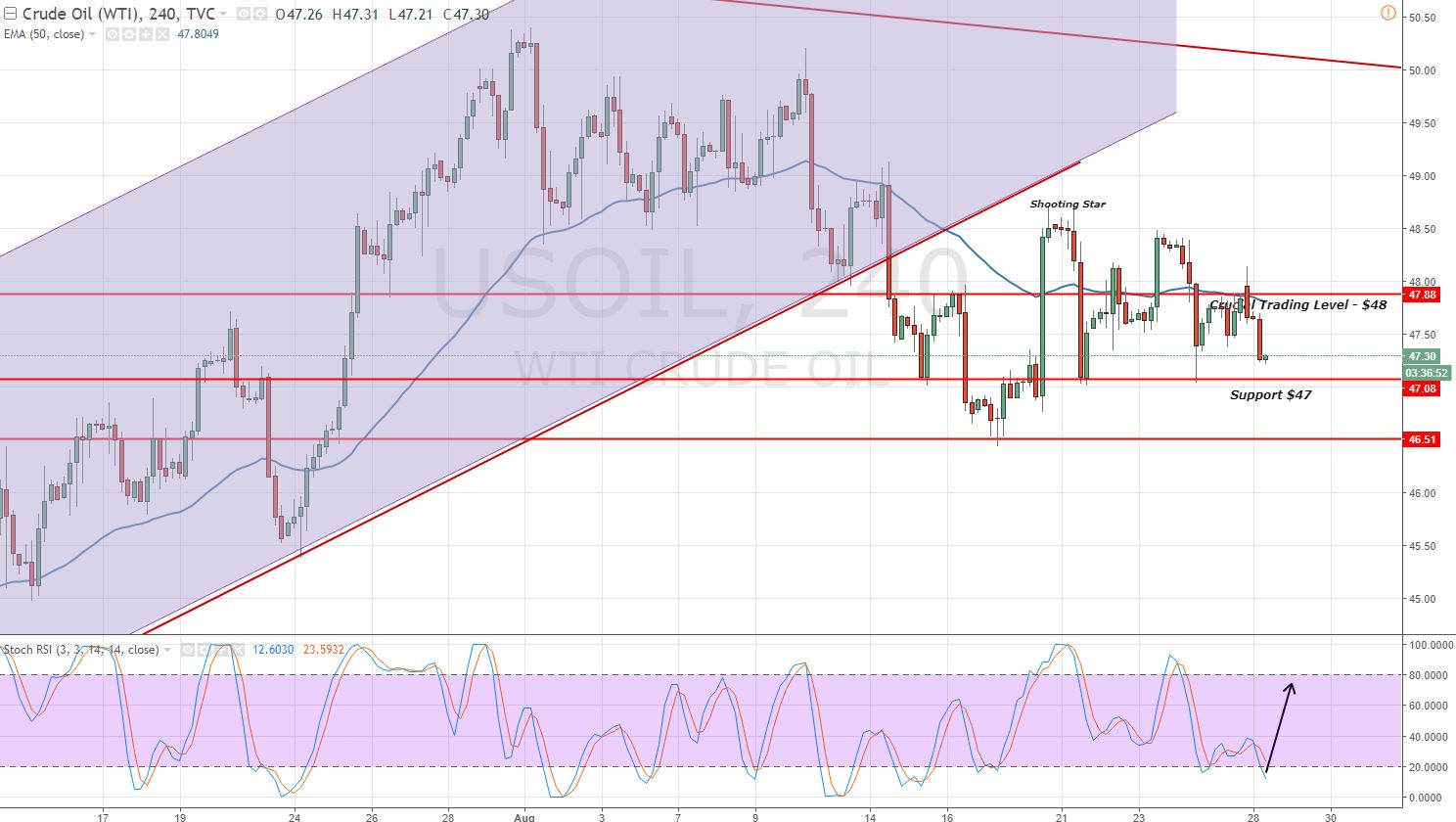 I'm looking to take a buy position at $47 with a target of $47.75 today as the market is facing thin trading volume.