Well, it’s starting to feel a bit like the boy who cried wolf. North Korea is at it again, this time testing a hydrogen bomb, which in the short term sent shudders through FX markets. The safe-havens rallied initially, but are slowly closing the gap in early Monday trade.

On Friday, the USD inched higher against the backdrop of a weaker than expected jobs report. To me, that’s a classic case of strength in the face of negative news and it’s telling me that the USD is strong.

With that in mind, I am still bullish on the USD. Given its performance on Friday, I feel that there is buying interest there and I will be trading with that in mind. That said we have Labor Day in the US and Canada reducing trading volume, so we might not get the ball rolling until Tuesday.

The latest saga from North Korea has added some strength to the Yen. However, long term I still think the USD will rally. This would set us up in a tricky spot for trading on Monday, with two competing forces.

For today I’m quietly targeting a drift higher to the 110.50 level. That, of course, is assuming there are no more headlines coming after the North Korean saga.

Technically I feel that we want to drift higher in line with USD strength, which has probably already been forgotten about given the weekend's excitement. 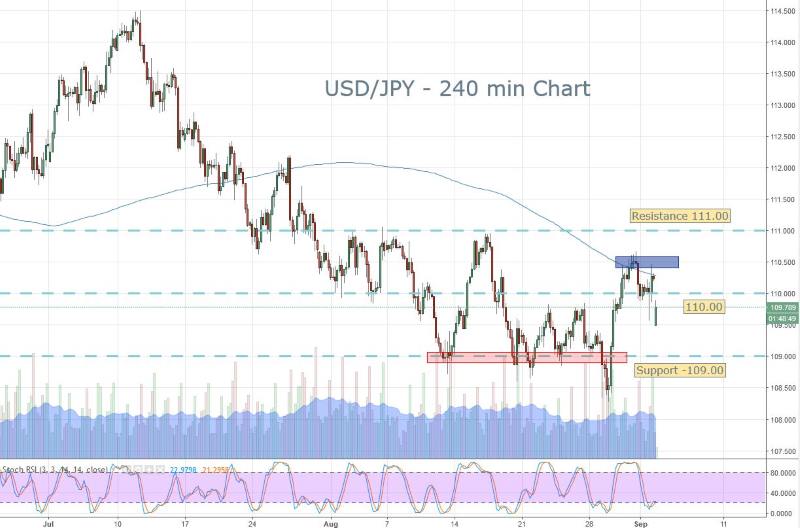