ECB Changes the Time of the Statement, the Euro Rallies - Forex News by FX Leaders

ECB Changes the Time of the Statement, the Euro Rallies

Today is The Big Day in the forex market. The market has been waiting for the ECB to give the Euro some direction at last. The market is still really undecided about the USD, which has made forex trading a bit harder recently, so hopefully, the ECB will make it easier to trade Euro pairs.

The general idea floating around in the last few weeks has been that the ECB will try to talk or work the Euro down from the elevated levels it reached. No one wants a strong currency!

The ECB president Mario Draghi used to do this quite often until recently, but he has not done this getting quiet lately.

Does this mean anything? Does the Market know something we don’t?

The time of the release of the ECB statement has been postponed so perhaps there are changes being made. Whatever the reason, this is a sign that we must be careful today because a big event is coming which is likely to change the forex market for the near future. 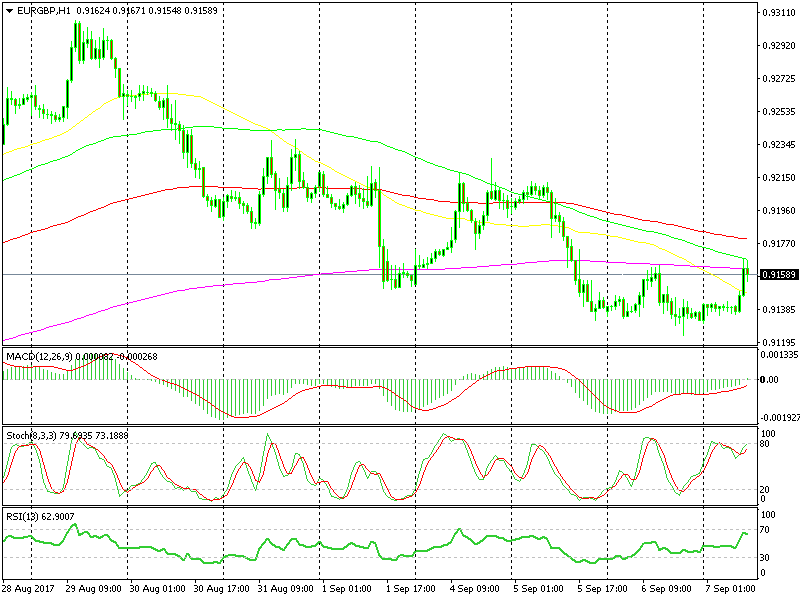 There's a bearish chart setup being formed in EUR/GBP

By the way, I’m feeling inclined to open a sell forex signal in EUR/GBP after this climb. This forex pair has reached a couple of moving averages which are providing solid resistance, so let’s see if we can get some pips there.