Forex Signals US Session Brief, September 6th – USD in Retreat in Anticipation of the ECB - Forex News by FX Leaders

Forex Signals US Session Brief, September 6th – USD in Retreat in Anticipation of the ECB

We all are waiting for the ECB interest rate decision and the accompanying statement, which will be this week's highlight. Contrary to what we would believe, it’s not the Euro feeling the pressure, it’s the USD. Why is this happening? Keep reading to find out… 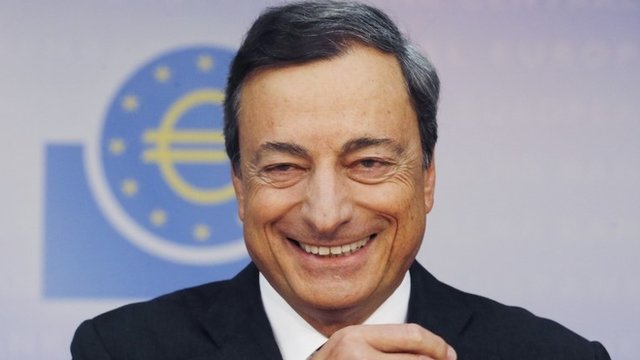 You all wanna know what´s in my mind, don't you?

Euro Advances, USD Retreats Ahead of the ECB

Today we have seen some strange price action. We are waiting for the ECB (European Central Bank) press conference which is supposed to slap the Euro down, yet the Euro has gained about 80 pips against the USD.

In the last few years, we have seen the main man, Mario Draghi, talk the Euro down countless times when the Euro was actually in retreat or whenever EUR/USD threatened 1.15. Now, this forex pair is near 1.20 and Draghi is coming up soon, yet the Euro has been climbing relentlessly while the USD has been falling.

This sort of price action is a sign that the market is expecting some hawkish talk from the ECB, given the fact that the Eurozone economy has improved considerably this year.

Why is the USD heading down though?

Since EUR/USD accounts for a large part of global currency trading, it´s action affects other currencies and obviously the USD too. If the market is buying EUR/USD it means that the USD is being sold, hence the USD slide against most majors this morning.

That being said, it would be surprising if Draghi went bearish again. This would catch the market on the wrong foot and send the Euro down. But, we still don’t know what the ECB has planned for today.

USD/JPY Slides Back Below 109

Yesterday USD/JPY threatened the support at 108.40-50 several times but it eventually failed. This wasn’t such a great surprise since the sellers couldn’t push lower towards 108. In the afternoon we witnessed a 70 pips jump which took us back above 109.

That was a sign that the bottom was in place around 108.40. It wasn’t a big surprise because the 108 area has been providing support for ages now, turning the price hundreds of pips higher after every attempt.

Today, the price has slipped back below 109 in USD/JPY, though the decline has been pretty slow. The sellers seem too weak to even reach yesterday’s low, let alone break 108.

This is a good chance to look for longs in this forex pair, hopefull, there won’t be any missile launches from North Korea.

We opened another sell signal in this forex pair yesterday and the chart setup was similar to today's, although the 100 SMA is doing the job today, while yesterday it was the 200 SMA. At the moment this forex signal is going pretty well, so let’s hope we have another winning forex signal today from this pair. 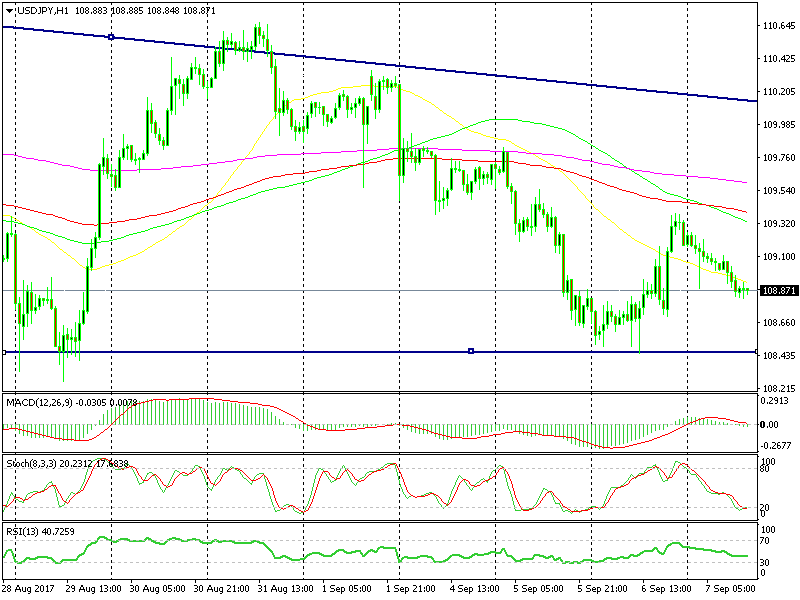 is this another chance to go long USD/JPY?

As we said yesterday, the failure to get close to 108 and the 70-80 jump in the evening showed us again that the support isn’t going to be broken anytime soon, unless a war explodes somewhere (wink, wink Kim). So, this slide today is an opportunity to open a long term buy forex signal with the obvious stop below 108.

Once again, the EUR/GBP signal closed before publishing the midday brief. The price reached TP but our rates froze for a moment there, so I had to close that signal manually. We’re not complaining as long as we have winning forex signals. By the way, the ECB left interest rates unchanged as expected and the market is almost frozen waiting for the ECB.

Selling EUR/GBP Again Today, Below the 100 SMA
1 hour ago