Gold Won’t Quit: How High Can It Go? - Forex News by FX Leaders

Gold Won’t Quit: How High Can It Go?

When investors get a bit nervous they want to put their money where they think it might be safe. Gold is probably best known as a safe haven asset that can store value. We’re also starting to see the same sort of patterns with the digital currencies such as Bitcoin.

With North Korea making headlines on a weekly basis with missile and bomb tests, gold has had a bit of a rally. Since the start of the year, gold has rallied from 1130 up to its current levels.

Early in the week, we were looking at a quick retrace from the gap open. Now, it seems that we are decidedly bullish and taking out key levels.

Today we are at another resistance level at 1350. If we can hold above it I am looking for us to push to the next level at 1365. 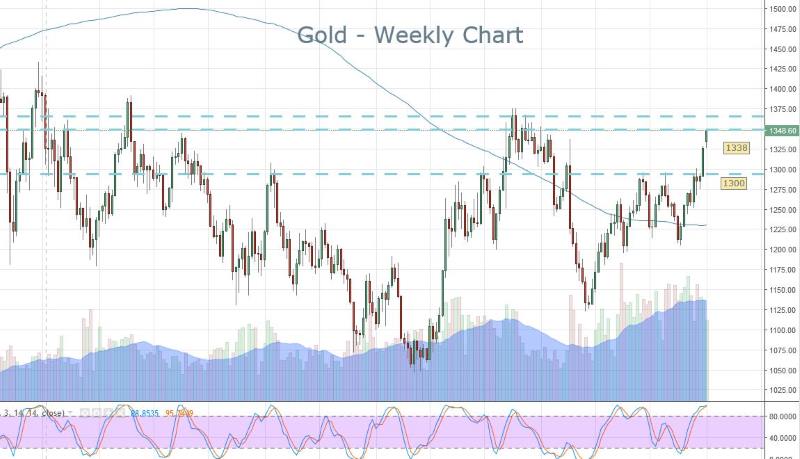