Today has been pretty quiet, and the economic data is not helping since it is non-existent. However, this week there are some important forex events on the schedule for the GBP and the USD. Let’s have a look at what’s coming up, and how it could affect the forex market. 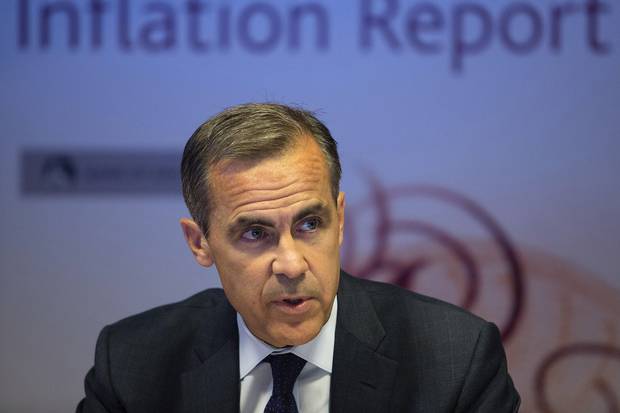 This will be a very important week for the BOE and the GBP.

Tomorrow we have the UK CPI (Consumer Price Index) report being released, and it will be the first major forex event of the week. Inflation has jumped in the UK recently, which has been the main reason behind the GBP recent climb.

Although, last month the GBP backed off, it is expected to pick up again this month. The consensus is for a 2.8% which will give the GBP another boost. I have a feeling that we will see another miss, which is actually a good thing for the UK economy and the BOE (Bank of England).

Wages in the UK

As we have often mentioned, wages are very important for the economy because they translate into higher retail sales and a higher demand for consumption goods.

Wages in Britain have been quite volatile in recent months and are expected to pick up this month. Analysts are expecting to see 2.1%. Again, I think GBP will rally for some time after the report's release if it is positive, but the BOE is meeting the following day, so I think any rally will be limited.

Interest rates are expected to remain unchanged at 0.25%, but that’s if nothing extraordinary comes out of the inflation and earnings reports. So, the interest will be on the tone of the statement.

The BOE was preparing to hike interest rates a couple of months ago when inflation got close to 3%, but last month inflation retreated. Because of this, votes to move interest rates higher have diminished to just one. This time the market is expecting all nine voting members to remain on hold.

Therefore, the risk remains to the upside for the GBP. If we see more than 1 vote to hike interest rates, then we might see a sustainable rally in GBP pairs, so keep an eye on the votes as well because they’re indicators of the near term future for the monetary policy and the GBP.

Forex Events for the USD

Producer price index (PPI) is not as important as CPI because it takes time (a few months) to translate into higher prices, but it is a leading indicator of what’s about to come in the following months.

PPI is expected to jump to 0.3% this time from -0.1% last month. Although, I don’t see where the higher producer prices are coming from because Oil/petrol prices haven’t really changed in the previous month. Anyway, the action will be limited in USD pairs because CPI and unemployment claims are due the next day.

Unemployment claims are predicted to stay around the same levels as last month, so I don’t see much reaction in the market from them.

The attention will be on the CPI report. CPI and core CPI have missed expectations every time in the last 5-6 months, although most of the time they have both remained in positive territory. This time the consensus is for a better reading which would take both these numbers away from the negative territory which is deflation.

If the numbers come as expected, then I expect the USD to find some decent bids. However, I wouldn’t stay long USD for too long because the U.S. retail sales will be up 24 hours later.  If you get a decent amount of pips after the CPI, make sure to secure them and place SL in profit before Friday.

The retail sales have been another dovish indicator of the U.S. economy because they have missed expectation in the last four out of five months. In the last two previous months, both retail and core retail sales have dived into negative territory, but they climbed back last month.

Retail sales are remained to dive to 0.1% from 0.6% in the last month, but if the core retail sales remain unchanged at 0.5% as expected, then the dive in the headline retail sales number won’t have much impact in the market. So, we’ll keep a close eye on the core number that day.

I’m wrapping this U.S. session brief without any trade ideas because the forex market is pretty slow today without many trading opportunities, and the real economic numbers start flowing tomorrow. We just closed our NZD/USD signal for a 20 pip profit, so we already have two winning forex signals today. Let’s see how USD/JPY will progress from here.