This forex pair has made a decent turnaround in the last couple of days; it broke the 108 support level on Friday and everyone thought that 105 was coming next, but that was it for the downside.

That said, the trend is still down and the situation with North Korea hasn’t really improved so we might see a turnaround again and head down to the abyss for that matter. Anyway, let’s have a quick look at the support & resistance levels nearby. 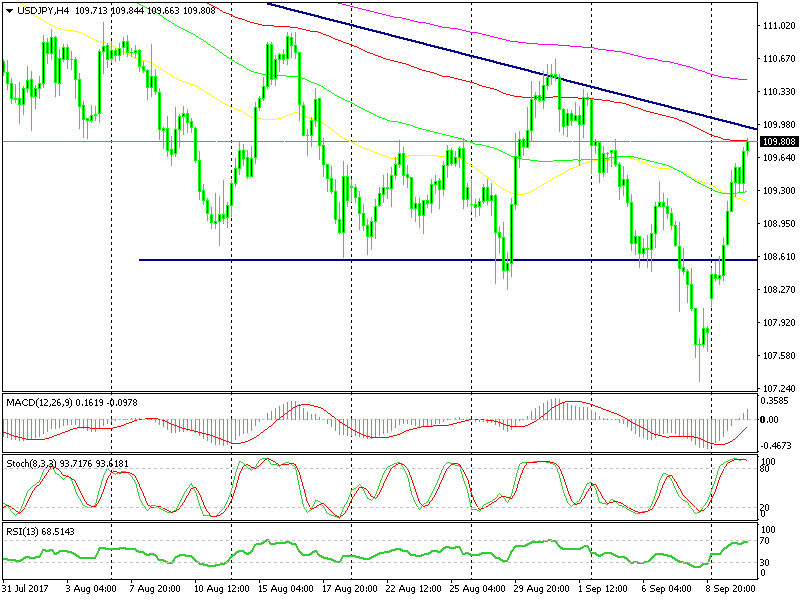 The reverse higher is swift, but the downtrend is still in tact

The North Korean officials at the UN are making (small) war talk but the JPY is unchanged. They said that “the coming measures by North Korea will make the US suffer the greatest pain ever”.

These guys are basket cases, period. But the market seems to have gotten used to their rhetoric. Anyway, these are the levels I will try to use today if I see a good chart setup in USD/JPY.