CPI Is Out, Retracement Buy In The S&P 500 - Forex News by FX Leaders

This morning has brought a slew of data metrics to the market for digestion. On the open, U.S. indices look to be holding their own with the DJIA down moderately and the S&P 500 trading flat. Investors look to be non-committal early on as both are trading near all-time highs.

Remember, the U.S. FED’s interest rate announcement is only 6 days away. Like all of the others, this one has blockbuster potential. Experts are yet to release official projections (most likely on Monday), but the overall sentiment is that a .25 point raise is in the cards.

There have been several data releases during the pre-U.S. session:

So, what does it all mean? Consumption is up, unemployment is down. Both metrics are positive signs for the U.S. economy. Of course, the FED will officially weigh in with their diagnosis on September 20th.

For the U.S. session,  I have a bullish bias towards the December E-mini S&P 500 futures. Finally, we may be in a position to buy a good Fibonacci retracement level. 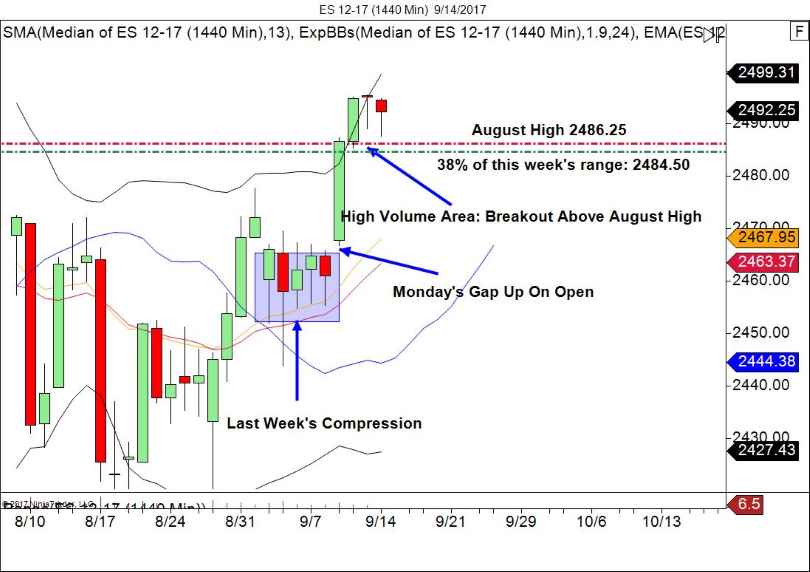 This trade is an intraday scalping setup:

As with all trades, watch your use of leverage and adhere to solid risk management principles!