Two Trade Ideas Appear this Morning After the USD Pullback

Yesterday during the London session the market traded in tight ranges, and I thought that would be it for the day. However, the weakening of Hurricane Irma and rumours about a tax plan on September 25 gave the USD a boost sending it 100 pips higher. 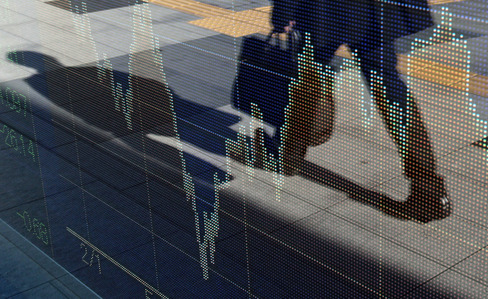 This morning the USD is retracing after advancing for 100 pips yesterday.

This morning we are seeing a retrace take place against the USD which is opening up some trade opportunities for forex traders in several pairs.

EUR/USD has retraced about 50 pips higher this morning from overnight lows, but it is having trouble at the 1.19 round level. 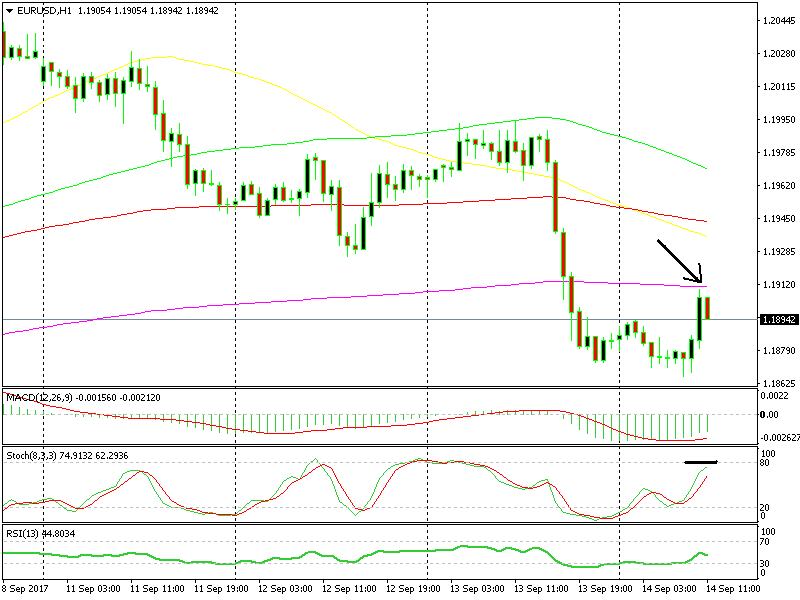 The 200 SMA is providing solid resistance.

The price jumped above it for a moment, but the 200 SMA on the H1 forex chart placed a lid on this retrace. Now, I expect yesterday’s downtrend to resume again since the H1 chart is overbought. 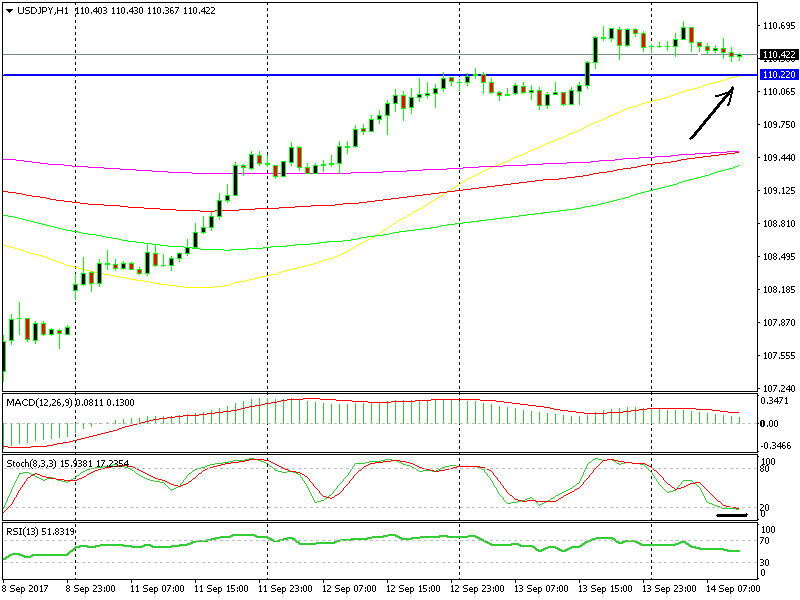 That's where I would like to see the price in order to buy this pair.

The same thing is happening to USD/JPY but in the opposite direction. This forex pair made a swift reversal last Friday after bottoming in the 107 region. It has been in an uptrend the entire week, but this morning the pair has retraced lower.

This looks like a good chance to go long at least with a short term signal, but I would prefer to see the price 20 pips lower at 110.20 because that used to be a resistance level which is supposed to turn into support now.

Besides that, the 50 SMA (yellow) is hanging around there which will likely add extra strength to that level. If we do dive down, I might open a buy forex trade so hang around because the trades are coming.

By the way, we might have to close our GBP/USD signal manually if this forex pair doesn’t find the will to break above the 50 SMA on the H1 chart because the Bank of England meeting is coming up in a few hours, and some forex traders might close their long positions.

ADA/USD Violates Symmetrical Triangle Pattern - Is it a Good Time to go Long?
6 hours ago