Bitcoin Has Lost 2/5th of its Value! Is This the End for Cryptocurrencies or Is This A Great Buying Opportunity for Late Comers? - Forex News by FX Leaders

Bitcoin Has Lost 2/5th of its Value! Is This the End for Cryptocurrencies or Is This A Great Buying Opportunity for Late Comers?

Cryptocurrencies have been climbing and climbing in the last few years, as the public became more familiar with them. But this year has been extraordinary for them; Bitcoin became 500% more expensive throughout this year, up to early September while Ethereum appreciated 4,000% from January to June. 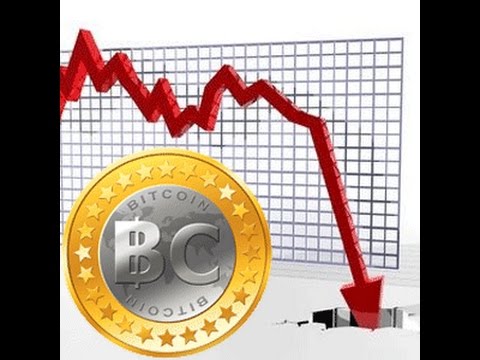 Is the cryptocurrency market going to crash?

That said, this month the cryptocurrencies are facing difficult times. Bitcoin has lost 2/5th of its value, while Ethereum is down nearly 50%. Only in the last two days, these digital currencies have lost around 1/4th of the value.

The reason for this? Well, there were two reasons for this latest tumble, actually. The first is the closure of the Bitcoin exchange in China. The other reason is the JP Morgan’s Jamie Dimon who said on Tuesday “Bitcoin is a fraud that will blow up.”

Bitcoin and cryptos on the other hand, are very democratic in essence since they don’t have a centralized authority, so China and cryoptos are negatively correlated.

Regarding Dimon’s comments, I think that he probably doesn’t quite understand the concept of the blockchain architecture. There have been many negative events such as this in the past years for Bitcoin, but after every dip we have seen a stronger rally.

A digital currency basically works as an agreement between buyers (demand) and sellers (supply), same as any other currency. You might argue that traditional currencies have a central bank behind them, but not even a central bank can stop the market from crashing.

Remember the GBP crash exactly 30 years ago which started after Soros began dumping the Pound. Then, there was no force (not even the mighty Bank of England) that could stop it. So, the second reason for this decline doesn’t stand either. Remember when Kodak said that there`s no future for digital photos or when the CEO of Microsoft said that the iPhone was a $500 subsidised item? Well, iPhone has been ruling the smartphone market while Kodak has filed for bankruptcy several years ago. 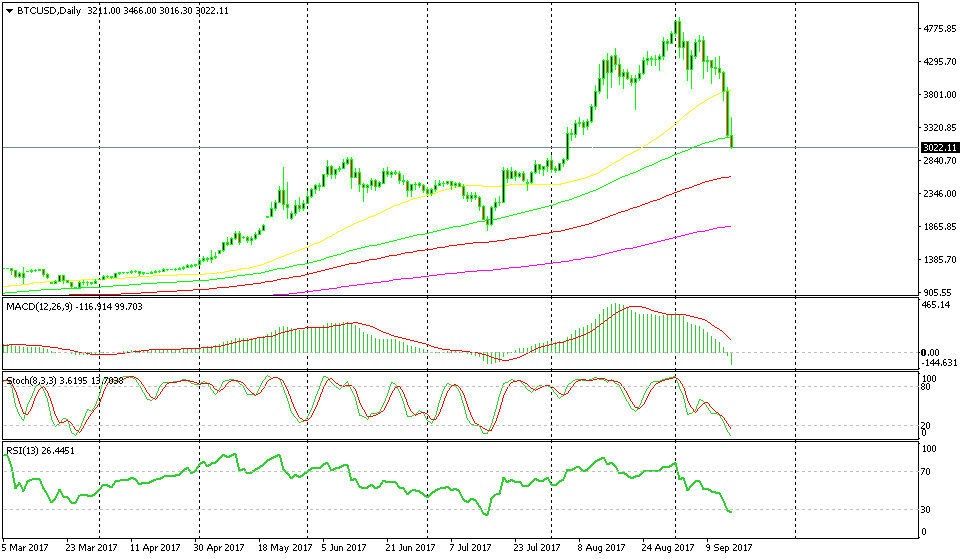 The daily chart is well oversold.

This recent pullback is more of an opportunity for late comers to this rally, in my opinion. As you can see from the daily Bitcoin chart, there have been other dives below 50 SMA (yellow) and even 100 SMA (green) before, and they all were short lived. 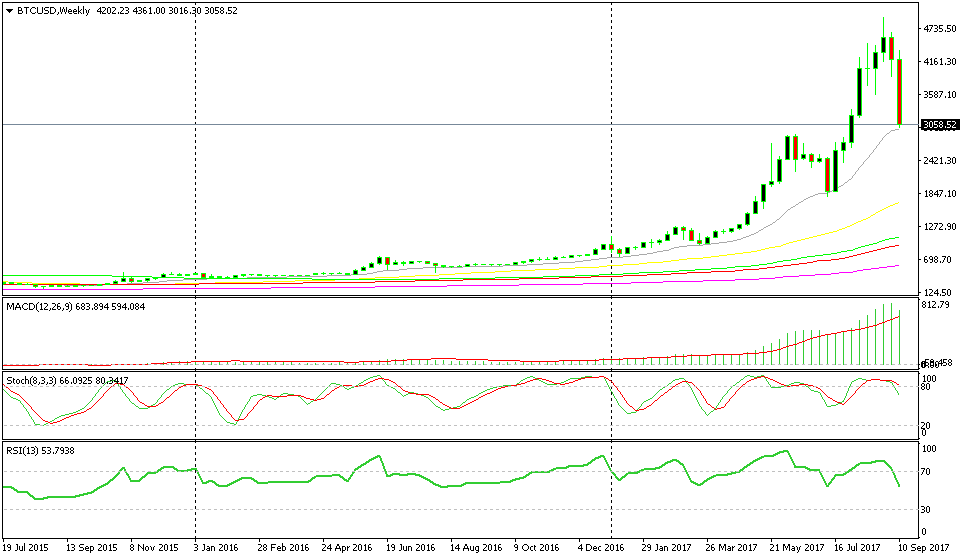 This moving average is supposed to provide solid support

If we switch to the weekly chart, we see that the price is sitting on the 20 SMA (grey) which has been providing solid support in the last 2 years.

Are going to see a reverse soon?

I sure hope so because I’m seriously thinking about buying Bitcoin now, since I have missed this year’s rally.