Yesterday we opened a forex signal in USD/CAD which is actually giving us a tough time. However, looking at the hourly forex chart I can see that there’s still hope for buyers.

The first indicator which is pointing up is the uptrend which this forex pair has been in the entire week. The Canadian Dollar is closely correlated to Oil prices given the nature of the Canadian economy.

But, while Oil prices have been climbing this week, the CAD has been declining, hence the uptrend in this forex pair. This is the main reason that we opened that buy forex signal yesterday. 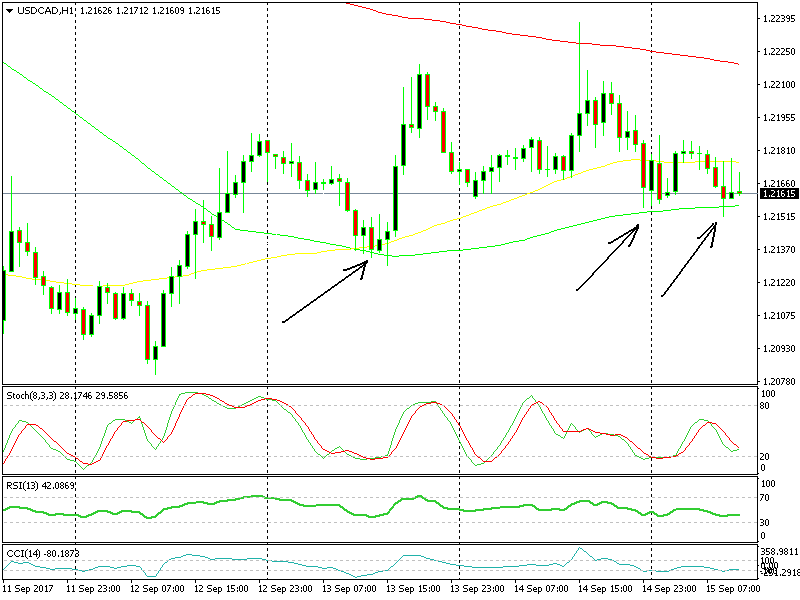 The 100 SMA can surely be considered as resistance.

Besides that, we have the 100 SMA (green) which has been providing resistance in the last few days, and it is doing the same today.

The stochastic indicator is almost oversold, and it looks like it’s turning higher now. So, although we are about 20 pips in the red, there’s still a case here for longs so, finger's crossed.