We started cryptocurrency signals yesterday with a long Ripple (XRP) signal which closed in profit, which makes it a good start.

Today we are trying to trade Ripple again, but this time in the opposite direction. We just opened a sell forex signal for XRP, and, at the moment, it’s looking pretty good.

Cryptocurrencies made an impressive comeback this week after last week’s selloff which took them down to almost half their value. But, in the last couple of days, cryptocurrency has traded sideways trying to consolidate.

Yesterday we bought Ripple as this cryptocurrency was oversold on the hourly chart. Today we are reversing the trade since the H1 chart is overbought. 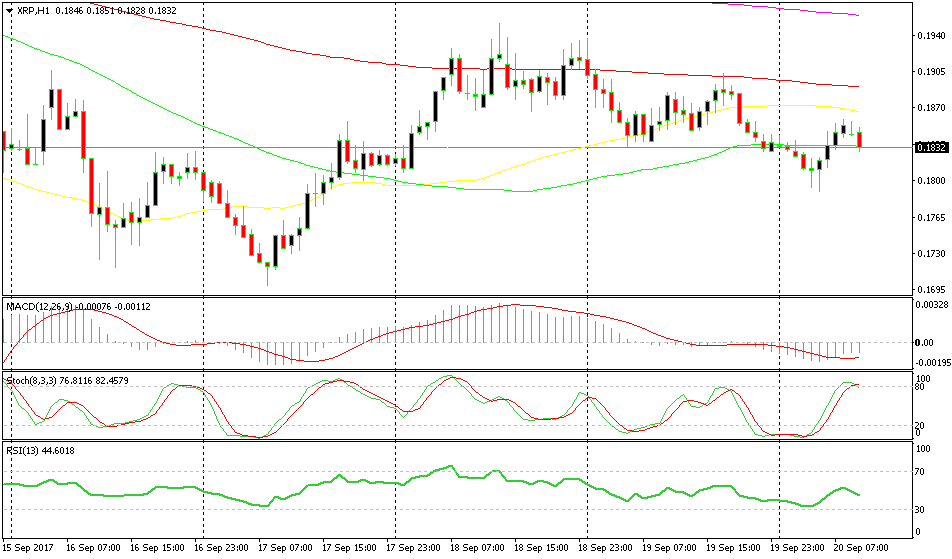 We're already turning down as you can see.

As you can see from the Ripple chart above, the stochastic indicator is overbought, and it is now turning down, the same as Bitcoin and Ethereum.

Besides that, the previous candlestick closed as an upside-down pin, which is a reversing signal after the small uptrend overnight. We are in profit already, so let’s hope that we another winning signal in Ripple.