Today the market seems unwilling to take any direction after the Federal Open Market Committee's (FOMC) statement yesterday, so most major pairs have been stuck in tight ranges. Even the cryptocurrencies, which are extremely volatile, are not doing much today. Another reason for this numb market today is Mario Draghi who will be up shortly, so get ready for some activity guys. 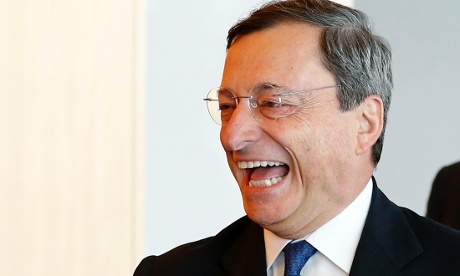 You were waiting for fireworks, right?

The Fed left us right where they found us yesterday, but, surprisingly, the USD found some strong bids. The interest rates were left unchanged and so was the monetary policy regarding quantitative easing (QE), yet the USD rallied more than 100 pips across the board.

I don’t think anyone was expecting a dovish statement, so when the USD rallies on no news then this is a sign that the USD might have formed a mid-term bottom after declining for months.

I hope this is the case since we’re short EUR/USD with a long-term forex signal, but the price action today looks suspicious for shorts because we’re not seeing a continuation of yesterday’s move.

On the other hand, the USD is not losing ground either which makes the range today more of a consolidation before the next move higher.

The European Central Bank (ECB) Chairman Mario Draghi has already started his conference in Frankfurt, but there’s no effect on the forex market so far because he hasn’t touched any important issues, but he might.

The risks remain for both sides in Euro pairs. Draghi might ignore the climb in the Euro during this year, which would lead the market to think that the ECB is not worried about the strong Euro. That would send the Euro another leg higher.

On the contrary, he might drop a bomb at any minute and it wouldn't take much, just a word or two and that would be it for the Euro. There are no comments about monetary policy yet, but we’re following his conference here at FX Leaders and will let you know whatever happens. 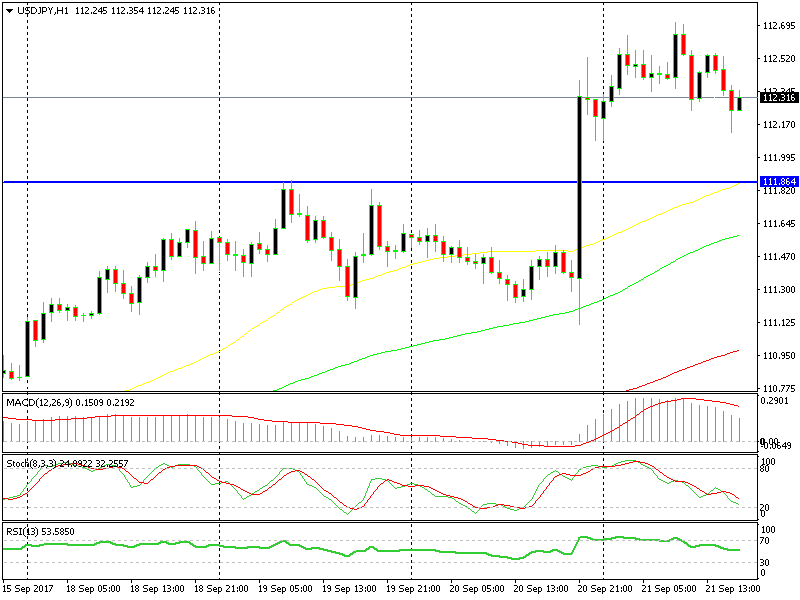 USD/JPY has been retracing lower today, but I’m not touching the sell but button after such a strong trend. In the last two weeks this forex pair has climbed around 500 pips, so you don’t want to go against such a strong move.

So, I’ll be looking to buy, and today’s retrace is presenting us with such an opportunity. The best place would be around 112 since that is a big round number, but the real support comes at 111.80 since it used to provide resistance in the previous few days.

The forex market has been very quiet today, and trade setups have been scarce such as the one we posted earlier in EUR/USD where we opened a sell forex signal. There's that trade in sight in USD/JPY, but not at the moment, so we have to watch the charts until then because Draghi has been a blank bullet today.