We extended our forex signals service last week with cryptocurrency signals. We opened two buy signals in Ripple which closed in profit, while now I can spot an interesting chart setup which might lead to another Ripple trade. 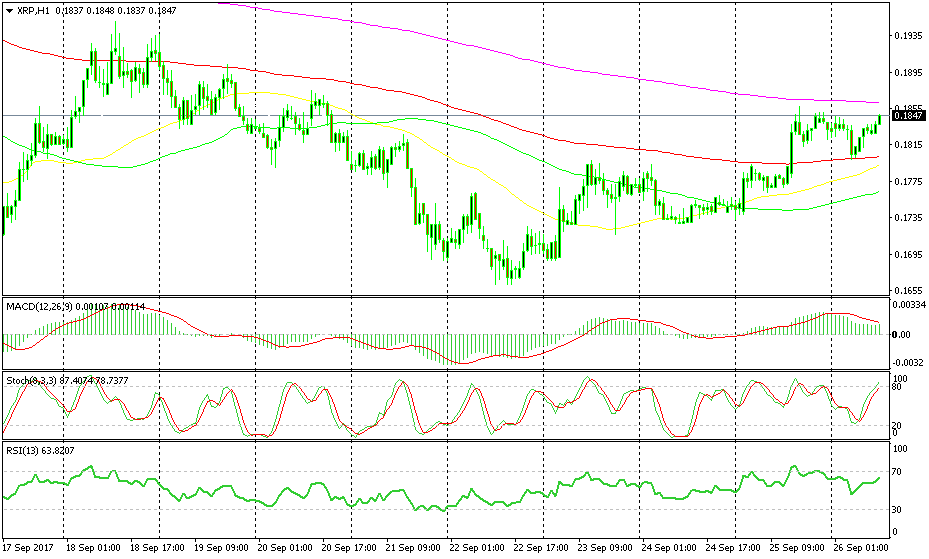 The 200 SMA awaits a little higher.

As you can see from the H1 Ripple chart above, this digital currency has been trading in a range between the 100 SMA (red) and the 200 SMA (purple), after surging on Mario Draghi’s comments yesterday.

This morning there was a good trade setup when the price retraced lower to the 100 SMA. Stochastic was oversold as well which meant that this timeframe chart was oversold.

We missed that chance, but now another opportunity arises, this time in the opposite direction. Ripple is getting close to the top of the range where the 200 SMA awaits.

Stochastic is already overbought, and the other cryptos look like they have reached a top since they can’t seem to take out yesterday’s high.

Here we have the 100 SMA providing support on the H4 chart.