The US employment report is to be released shortly with all the subcomponents, such as unemployment claims, unemployment rate and most importantly, the average hourly earnings.

Before that though, we decided to take a trade in AUD/USD. We just issued a sell forex signal in this pair hoping that we get our pips before the US data is released.

So, what’s the chart setup? 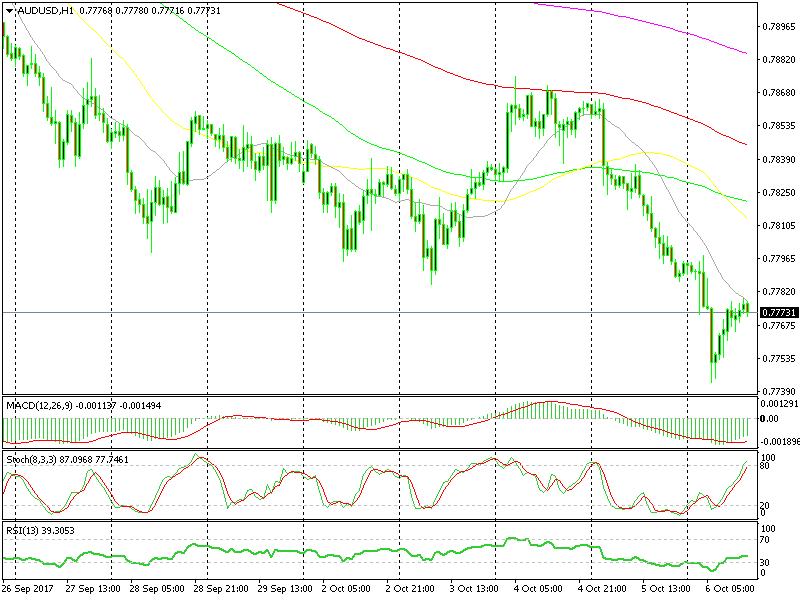 As you can see from the H1 chart above, this forex pair has been in a downtrend in the last couple of weeks. It consolidated somewhat during the first half of this week, but after the negative retail sales yesterday the downtrend resumed again, picking up pace.

This morning the price retraced higher to the 20 SMA (grey) which is providing resistance. Besides that, the stochastic indicator has reached the overbought area, which means that the H1 chart is overbought on a downtrend.

So, based on these three indicators (the trend, the overbought stochastic and the 20 SMA) we decided to open the AUD/USD signal. Now we have to be patient.