What’s in Store for the Euro this Week? - Forex News by FX Leaders

What’s in Store for the Euro this Week?

Thanks mostly to a less than impressive U.S, jobs report, the EUR/USD managed to avoid falling off the cliff at 1.1700. It bounced as the USD sank, however, I suspect that we are going to another test of the key support at 1.1700 very shortly.

We have a clear change in momentum in the EUR/USD. For months the bulls have well and truly been in control, however, the tide has started to turn in line with the Fed suggesting that rate hikes will be happening sooner rather than later.

As such I will be getting set to sell the Euro. The two key levels of interest are on the current pullback, or if we can break and hold below 1.1700 support. There is a long-term sell signal out with a profit target at 1.1559 and that looks a compelling trade at the moment. 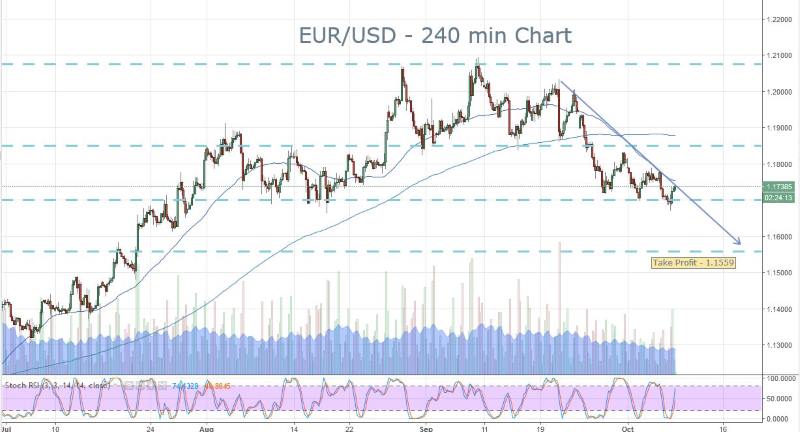 The USD/CHF Looks Like it’s Getting Ready to Break Out
4 years ago
Here's the Trading Plan for the Euro Today
I’m very bearish on the Euro and ever since the Fed has started looking at rate hikes happening sooner rather than later, I have felt tha
4 years ago
What’s in Store for the Euro this Week?
Thanks mostly to a less than impressive U.S, jobs report, the EUR/USD managed to avoid falling off the cliff at 1.1700. It bounced as the U
4 years ago
Comments
0 0 vote
Article Rating
Subscribe
Login
0 Comments
Inline Feedbacks
View all comments
4 Yrs
0
Signals
<% signal.pair %> <% signal.action %>
SL: <% signal.stopLoss %> N/A
TP: <% signal.takeProfit %> N/A
<% signal.status %>
Trade Now
Trade Now
<% signal.comment %>
See more
Closed Forex Signals P/L (Profil/Loss)
Economic Calendar
Monday, December, 06 2021
09:30GMT
Eurozone Sentix Investor Confidence