GBP/USD has been slipping for more than two weeks. But in the last few days this forex pair has claimed back some of the losses and crawled above 1.32 amid some USD weakness.

Although, now we have reached an important level which might turn this pair upside-down again. Let’s have a look at the closest levels which might provide support or resistance today. 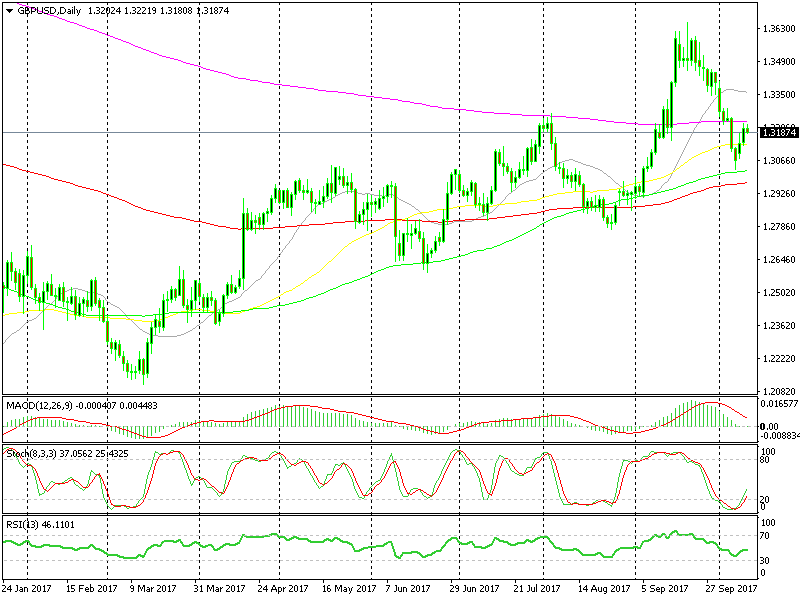 GBP/USD is at a very important level right now.

This pair has been stretching the upside this morning, but as I said, we have reached an important level right now. The 200 SMA which has been a solid resistance previously, stands at 1.3230 on the daily chart, so that might turn the price back down.

I’m actually thinking about opening a long-term sell forex signal here with a stop above the 200 SMA and an open TP.