The FOMC minutes yesterday were a little less hawkish than expected as my colleague Shain explained in the last forex update yesterday. As a result, the USD has been sliding, but the USD economic data later today might change the situation. ECB’s Mario Draghi is giving a speech as well, so EUR/USD will surely be affected. We just hope Draghi has a negative effect on this pair. 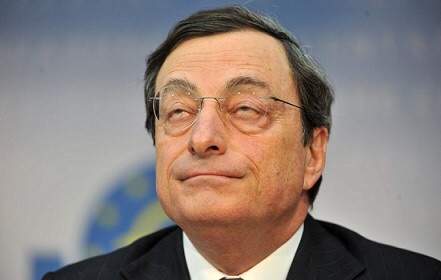 Can Draghi man up in front of Trump and EUR/USD diving hard today?

USD Back in the Hole Until the U.S. Data Is Out

After the last FED meeting, the rate hike odds for December jumped more than 20% but last evening, the FOMC minutes were a bit softer than the FOMC statement two weeks ago. These levels of inflation might not be that transitonary according to the minutes.

The Dollar traders didn’t take it too well and they let go some of the USD longs which they had built during the past couple of weeks. As a result, the USD has been sliding lower all day today but right now it seems like the slide might have come to an end.

EUR/USD is sliding lower while GBP/USD has lost more than 100 pips in the last few hours. USD/JPY is also trying to claim back overnight losses, which I explained in the previous forex update. We already opened a buy forex signal in this pair. That signal looks pretty good right now.

The U.S. Unemployment Claims and Producer Inflation up Next

The U.S. unemployment claims will be up in about an hour and this time this report will take extra attention. If you remember, last week the U.S. employment change declined from around 170k in the previous month to -30k.

That huge decline was due to the hurricane season in the U.S., but unemployment claims might be affected as well. It’s for the above reason that any negative number should be taken with a pinch of salt, although such a number would still have a negative impact on the USD, albeit limited.

In that case, I would wait until the climb in GBP/USD is over and then sell this forex pair, probably with a long-term forex signal.

Producer inflation might offer us some decent price action. The comments about inflation in yesterday’s FOMC minutes were the reason for the recent USD decline.

Today, the expectations are for a higher PPI (producer price index) reading, which would help the USD initially. But again, I wouldn’t stick too long on a PPI induced forex trade in either direction, because PPI is not as important as CPI (consumer price index).

Can Mario Draghi Sink the Euro?

The European Central Bank (ECB) president Mario Draghi will hold a conference in Washington DC where he will be talking about monetary policy. He used to be a dove for the Euro and would send the Euro tumbling whenever he opened his mouth.

But this reputation is fading away as the Euro has climbed from 1.03 to 1.20 against the USD during this year. He doesn’t have many reasons to sound bearish, although I’m sure he and his mates at the ECB don’t like the Euro at these levels against the USD.

The Eurozone economy is doing pretty good at the moment and the EU industrial prediction numbers that were published a while ago for August confirm that. So, the only thing he can say that could hurt the Euro is “inflation can’t reach 2% anytime soon, so…” It has become a tough job for him to slap the Euro down recently, but he might pull another rabbit out of his hat. We’ll be watching him though, so stick around.

Yes, just one point and it's more than enough. It’s all about Brexit as it has been for the last year and a half. After the bullsh*t from Theresa May and other UK officials this week about strong progress on Brexit talks, the harsh reality hits the GBP today. I will post an update shortly about this though.

The USD has been on the back foot since the release of the FOMC last evening. Although, the U.S. unemployment claims and PPI might change the situation later today. So, we’ll be glued to the monitor to see how the market reacts to the economic numbers.