Today I can feel some caution in the market with safe haven currencies finding some decent bids. But, I can’t say the same about the crypto market. The main digital currencies have taken off, following Bitcoin which is running for the stars. Also, the U.S. inflation and retail sales reports will be up soon, so let’s see what’s on the table. 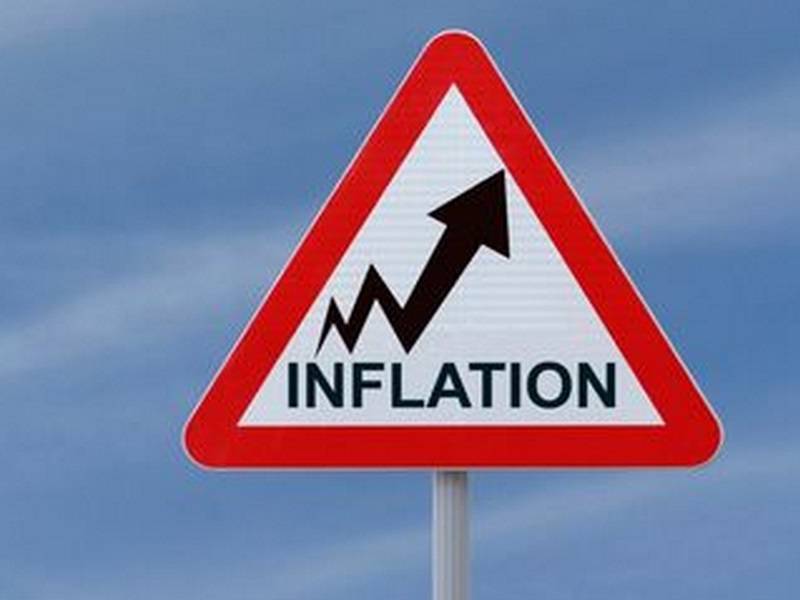 Is inflation turning higher in the U.S?

Gold has climbed nearly $30 since it touched the 100 SMA on the daily chart last Friday. That said, Gold has reached a certain level now where it would make sense looking for shorts. Although, I will highlight this trade idea below.

The Japanese Yen has seen some heavy demand as well. USD/JPY finally broke below the 200 SMA on the hourly chart. We were counting on that moving average for support and we did get two winning forex signals from that. But it was broken during the night and our last USD/JPY buy signal got smoked, damn it.

The Swiss has been running higher as well, which means that EUR/CHF has been slipping lower. Although, we saw that as an opportunity to open a long term signal based on market sentiment, which is explained below as well.

As we mentioned in the previous forex update, the main cryptocurrencies have been surging higher. It started with Bitcoin yesterday as it broke above the $5,000 level for the first time. That was a big psychological barrier and it is now gone.

This is getting crazy; Bitcoin is more than four times as expensive as an ounce of Gold. What’s next, $10,000? People have been predicting that for quite some time, but only now it looks like a reality.

Yes, digital currencies are the new Facebook, Google, Twitter etc, but the danger for any market is the possibility of a bubble, which looks like the case with cryptos. If cryptocurrencies are to become the real thing, they must be stable, so this sort of surge doesn’t really go in favour of them if you ask me.

Anyway, Ethereum and Litecoin Mini are following Bitcoin higher today, gaining around 10% of their value. By the way, I’m still waiting on a retrace lower before jumping in on the northbound train.

Get Ready for the U.S. Inflation (CPI) and Retail Sales

Yesterday, the core U.S. producer inflation (PPI) numbers came out much better than expected. The PPI report is not a big market mover because the CPI (consumer price index) tells the purchasing power of the domestic economy, while PPI mainly reflects global prices for raw materials.

The USD found some decent bids yesterday after the PPI report was released despite the PPI not being the most important inflation indicator. But, that’s because there so much focus on inflation nowadays. The U.S. and EU economies have gathered momentum, but inflation is lagging, so that’s the reason why inflation is so important right now.

Imagine if CPI numbers beat expectations as well. Core CPI is expected at 0.2%, so anything better than that would see the USD rallying, in my opinion.

Don’t forget, we also have the U.S. retail sales which will be released together with the CPI report. Retail sales are also pretty important for the USD, so we’ll keep an eye on them too. 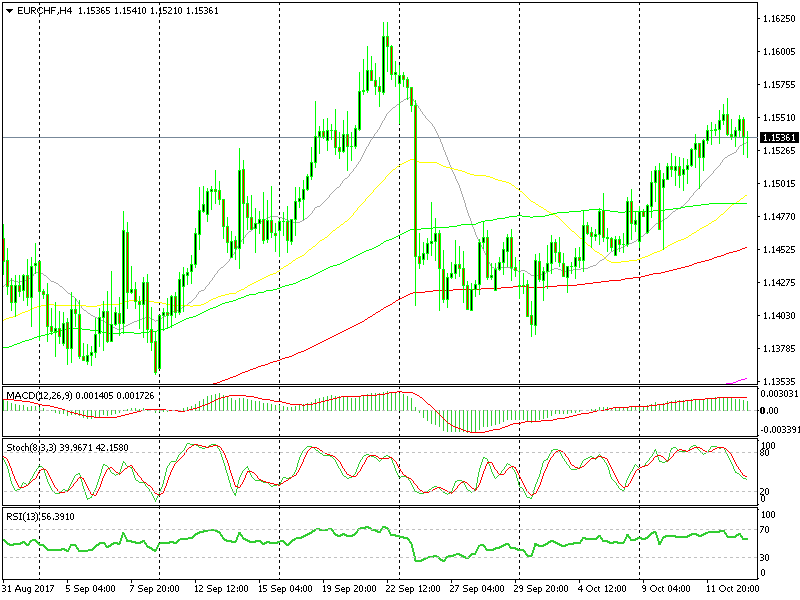 The 20 SMA has been a decent support indicator.

After a strong uptrend for the last couple of weeks, EUR/CHF has managed to make a pullback lower today, amid some risk aversion sentiment. We saw this as an opportunity to go long, so we opened a buy forex signal. We closed it manually a while ago, but as mentioned in the signal, you can place SL at breakeven and let this forex trade run its course, risk free.

The setup in the Gold daily chart looks pretty bearish to me, despite climbing higher during this week. The monthly chart shows that the trend changed after Gold failed to break the 100 SAM on that chart, so this week’s climb higher can be considered as a retrace.

Now the retrace higher seems to be over as the daily chart is overbought and the 50 SMA (yellow) is providing solid resistance. So, I’m just going to give it a try on the short side. 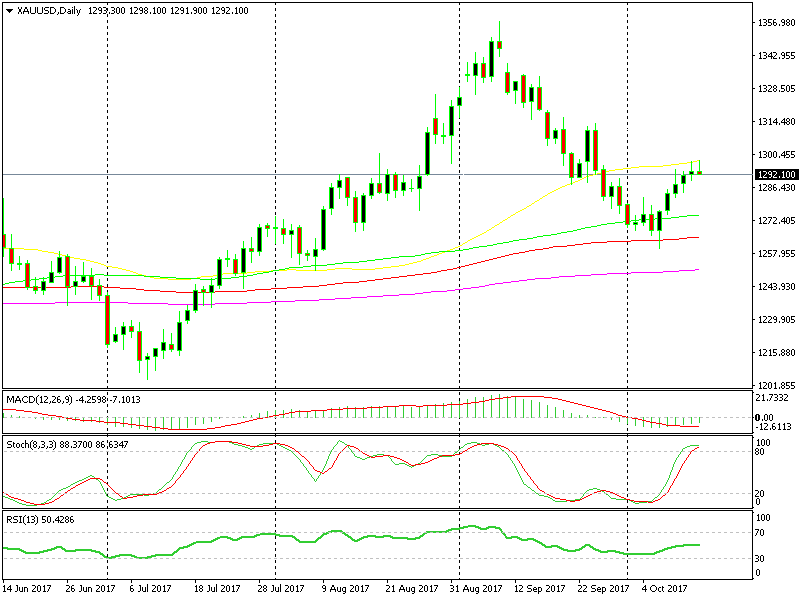 The USD is feeling sort of weak today, but the CPI and retail sales report might change the situation. Given the price action yesterday after the PPI report on USD pairs, I suppose that USD is going to rally strongly if the CPI numbers come out positive, so get ready guys.