This morning, the Crude Oil soared to cross above a solid resistance level of $51.45. Yup, this remained the most monitored trading level in the previous week. Now, as the Oil has entered the new region, let's jump in to encash another hot trade setup.

The reason why Crude Oil went bullish this morning is the conflicts between Iraq and the US. The Iraqi forces took control of vast areas in Kirkuk without resistance from Kurdish Peshmerga. The news came after rumors that Iraqi forces started moving at midnight toward a major airbase located in the west of the city.

In response, the investors are expecting the US to speak up with some additional sanctions on Iraq. Since, the Iraq is the second biggest oil producer within the Organization of the Petroleum Exporting Countries (OPEC) behind Saudi Arabia, the Crude Oil prices are supported.

On the other hand, the technicals side is also supporting the bullish sentiment of investors. For instance, checking out the 4- hour chart, we can see a bullish crossover at $51.45. Unfortunately, we missed this entry as this came as soon as the market opened but we still have a chance to buy on the dip. 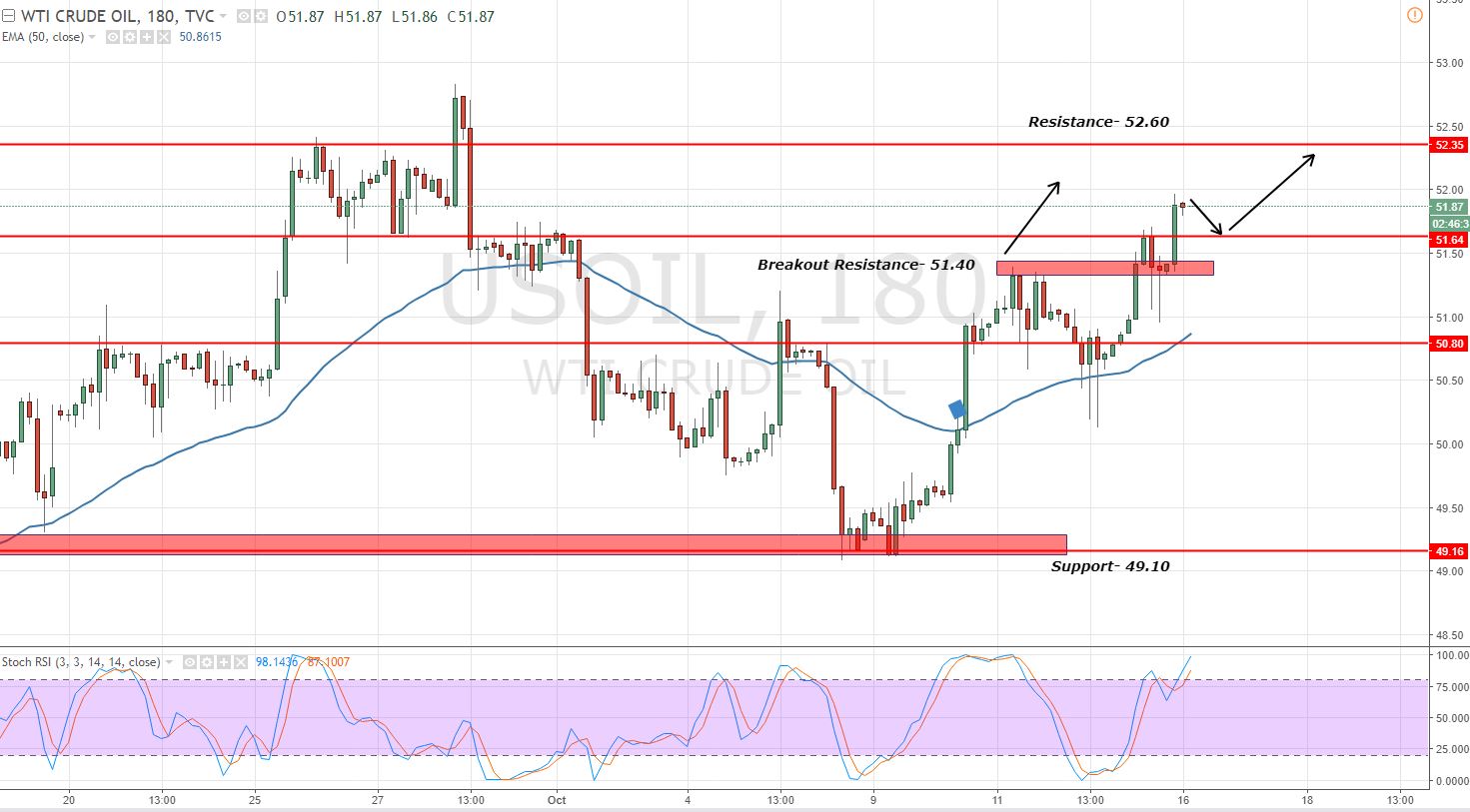 Booking Profit on EUR/USD Signal, Despite the Improved Economic Sentiment
3 weeks ago
Further Signs the US Economy Is Accelerating
ISM services and ADP employment reports showed further expansion in the US economy
4 weeks ago