Getting Ready for a GBP/USD Short

Yesterday, the UK retail sales came out negative. The expectations were for a negative number, but the actual reading was quite horrible, both for the monthly and yearly number.

That came after the dovish remarks from the Bank of England (BOE) officials on Monday, so the British Pound took a 100 pips dive yesterday. The buyers tried to push higher twice, but both times they were overwhelmed by sellers. 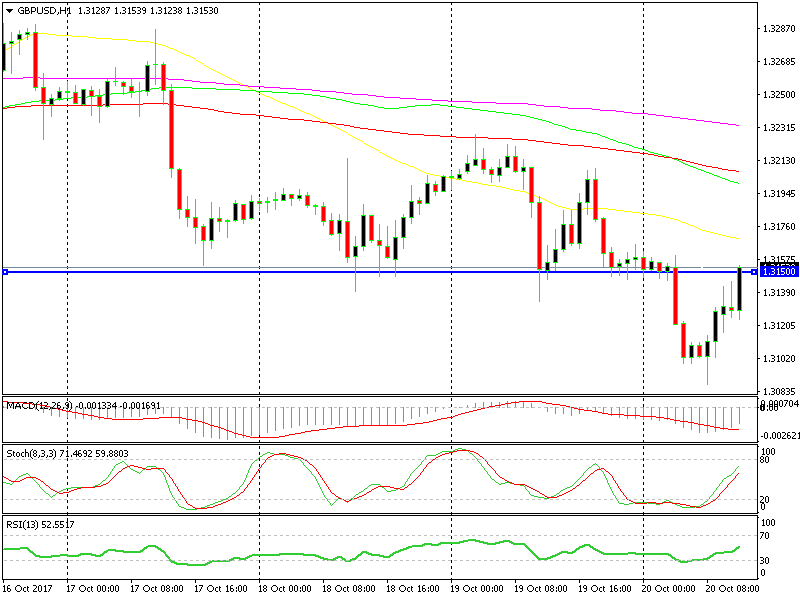 Stochastic is almost oversold, so the retrace must be over, right?

During the night, sellers pushed further below, reaching as far as 1.3088. But this morning GBP/USD is making a retrace and now we find this pair at the 1.3150 region.

This area has been providing support on the hourly chart throughout this week, so it is supposed to turn into resistance now. The stochastic indicator is nearly overbought, which means that the retrace up might be nearly over.

Around 20 pips higher we can find the 50 SMA (yellow), so that’s another defense line if the buyers decide to push higher.

Although, the price action on the 5-minute chart shows that there’s some selling interest up here, so the retrace might as well be over now. In that case, I’m forced to open this sell signal right now, so here we go.