Forex Signals US Session Brief, OCT 26 – Everything on Standby before the ECB Meeting - Forex News by FX Leaders

Forex Signals US Session Brief, OCT 26 – Everything on Standby before the ECB Meeting

The financial markets today seem to be on hold, given that the ECB meeting is coming up shortly. There are many questions surrounding this meeting which we will explain below, hence the hesitation to take a direction. We have seen some signs of life in GBP pairs, but the Pound is in another world of its own right now. 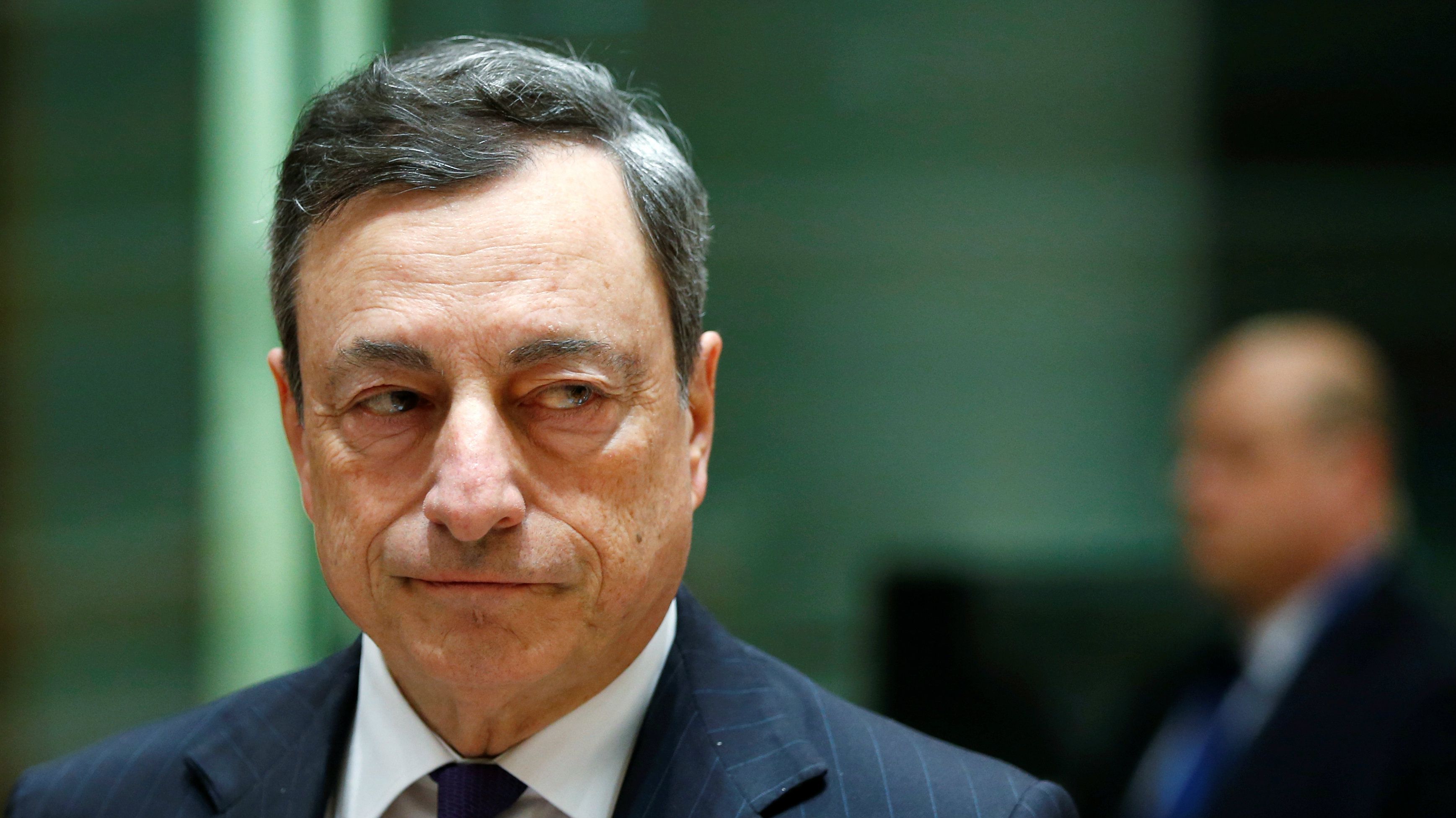 What Does This ECB Meeting Mean?

This is a tricky meeting. Central bank meetings are often tricky but sometimes everyone knows nothing will happen. This is not one of those times.

Some of the ECB officials have made it clear that they want the bond-buying quantitative easing (QE) program come to an end soon. So, there is a possibility that the ECB announces a start date for the tapering process of the QE programme today. These officials want the QE to end at some time in 2018.

In the other hand, at around 1.5%, inflation is still short of the 2% target that the ECB has set. So, the current consensus is that the current monetary policy stays as is until inflation in the Eurozone picks up considerably.

But then again, the Eurozone economy has improved considerably in the last few years. Besides that, there is a limit in bonds to be purchased, so the ECB may want to slowly retreat from buying bonds before they run out.

So, this is a very tricky situation. We have to hear closely what Mario Draghi who is the man in charge will say today. If he acknowledges the improved economy, that would be hawkish, which will see the Euro rally to some extent. But the market is poised for some actual action.

So, if Draghi doesn’t support it with a specific date for tapering QE, then it might turn nasty for the Euro. That’s why we will follow this meeting closely.

Forex Traders Are Finding Comfort in the USD Before the ECB

It feels a bit strange that the market is looking at the USD for safety before the ECB meeting, especially when the USD has been beaten up during central bank meetings or other major forex events this year.

Well, the forex market changes continuously, and it looks like the sentiment has changed. Today the market is leaning towards the USD as all assets are losing ground.

The risk assets such as commodity currencies and stocks have declined or remained unchanged against the USD. We’re not counting the DAX though, as it has climbed higher this morning, hitting the take profit target of our signal here.

The NZD, CAD, and AUD have been on the back foot since yesterday. Although, AUD/USD is making a comeback as I speak. I am planning a trade in this forex pair, which I will explain below.

So, if the risk assets are falling, you would think that the safe haven assets are surging. But that’s not the case either. Gold has been slowly drifting lower this morning which is good for our sell forex signal here. EUR/CHF and USD/JPY are also relatively higher today, which means that the JPY and CHF are declining as well. That leaves the USD as the only refuge for forex traders so far today. 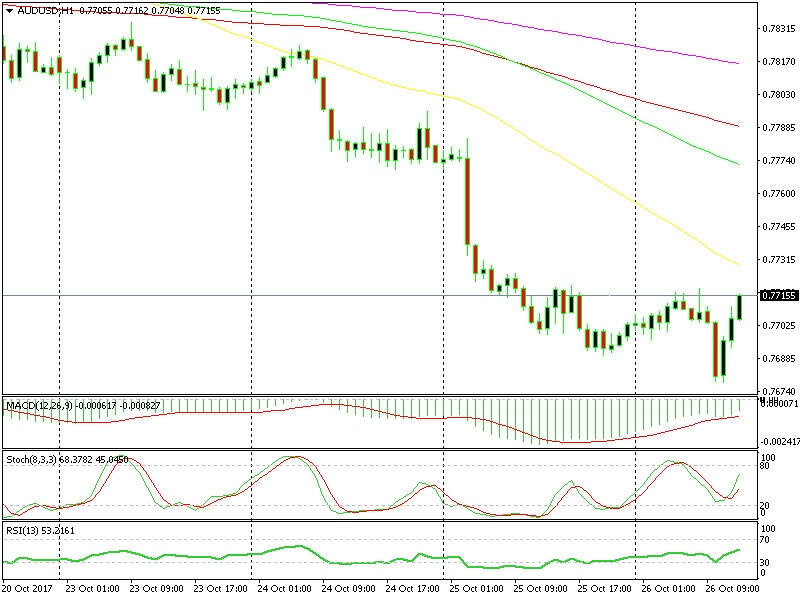 The 0.7730 area is also a long-term support and resistance level.

The retrace up in AUD/USD is almost complete. Stochastic is almost overbought and the 50 SMA stands about 15 pips higher. By the time the price reaches the 50 SMA, stochastic would have become overbought, which would be the perfect setup for AUD/USD sellers. But, we might sell before we get there if the buyers fail to push higher, so be ready guys.

Everything is dead quiet until the ECB meeting takes place, which will be followed by Draghi’s press conference. That will set the tone for the financial markets today, but don’t forget the US unemployment claims as well.