Forex Signals US Session Brief, OCT 30 – Inflation Backs Off Again in Europe, While USD and Stocks Set Themselves Up for Us to Buy - Forex News by FX Leaders

Forex Signals US Session Brief, OCT 30 – Inflation Backs Off Again in Europe, While USD and Stocks Set Themselves Up for Us to Buy

German regional inflation figures came out this morning, and they weren’t what the European Central Bank was expecting, but the Euro remains unfazed. The USD and stocks have been sliding slowly all morning, but to me, this is just an opportunity to go long according to trend trading strategies, what do you reckon? 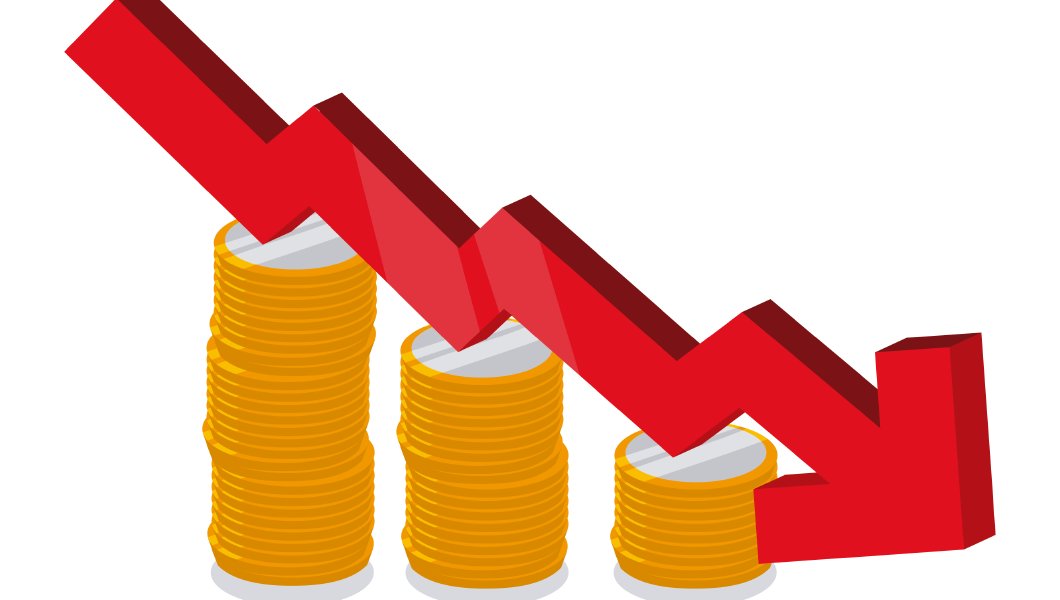 Inflation is still the party pooper for the ECB.

That’s It for the Party at the ECB

Last Thursday the ECB announced that they were going to tighten the monetary policy by reducing a number of asset purchases in half, starting in January next year. That isn’t much, but that’s a bone for the Germans who are forever desperate for a tight monetary policy, given the history they have had.

Let both parties sort of satisfied, but it didn’t last too long. The German regional inflation numbers were published this morning and all of them missed expectations.

The inflation numbers from Saxony came out first with the monthly number being flat against a 0.2% increase expected, while the yearly number fell to 1.6% from 1.8% previously. The picture was the same across all regions.

Other regions such as Bavaria, Baden Württemberg, and Hesse even recorded a negative inflationary which is a worrying sign. This is not a trend yet, but it comes at a time when inflation in Europe has just stabilized, although at lower levels than the ECB would have liked.

This should be a negative event for the Euro, but as I said, this is just one month. If we see the same trend next month, then the trouble will start. If we see this trend take place in the next couple of months, I suppose the ECB might even reconsider cutting the monthly asset purchases. So, that’s when the ceiling will come down for the Euro, but we have to wait for some more numbers until then.

An Opportunity to Buy Stocks and the USD on the Slide

The USD and stock indices have been slowly grinding lower this morning. S&P500 and Nikkei225 have lost some ground so far, while the USD is lower against all major currencies.

Although, I see this as a retrace of the uptrend that we have seen in the last week. The USD and the stock markets have been trading in an uptrend last week, so this pullback today is too small to change the bigger picture.

So, I think that this intraday retrace is a good opportunity to look for USD long or buy trades in stock indices. We have already taken a few trades in some of these instruments which we will highlight in the section below. 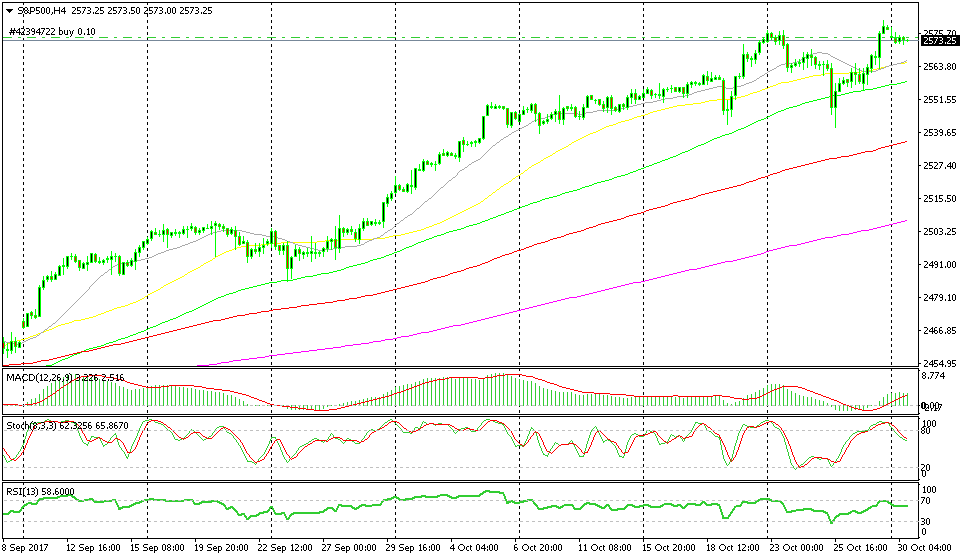 As you can see, the uptrend is pretty strong on the daily S&P chart.

The H1 charts are oversold in all major stock indices and the slide seems to have stopped right now. So, the retrace is almost over according to these charts. Although, there is still some more room left on the downside on the H4 charts. That said, moving averages are standing ready to provide support in case the retrace lower stretches further below, so we decided to go long on S&P. 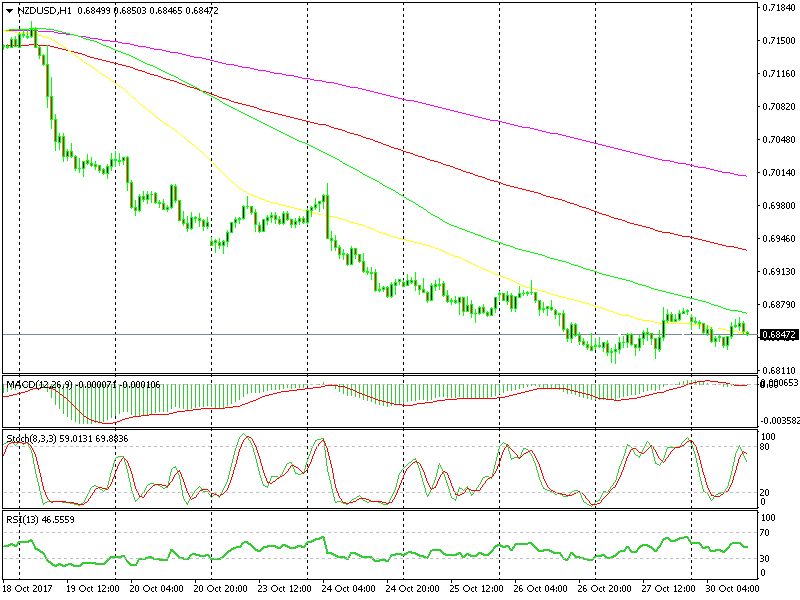 We can’t deny the strong bearish trend of the last couple of weeks in this forex pair. So, after completing a retrace higher this morning the pullback seems to be over. The moving averages are also providing resistance on top, so we took a short position here and in EUR/USD as well.

The market has been pretty quiet today, and I expect to be the same throughout the day. The USD and stocks have retraced lower. We saw this as an opportunity to go long, so that’s what we did. Now we have four open positions which we hope to get some pips from.