Forex Signals US Session Brief, NOV 2 – The BOE Gets A Last Minute Bonus, Bitcoin Shoots for the Stars and Gives It All Back - Forex News by FX Leaders

Forex Signals US Session Brief, NOV 2 – The BOE Gets A Last Minute Bonus, Bitcoin Shoots for the Stars and Gives It All Back

The forex market hasn’t been feeling very energetic today as most of the market awaits the Bank of England (BOE). That isn’t the case with the cryptocurrency market though; the whole crypto market has been diving hard, while Bitcoin, on the other hand, has been absolutely surging. 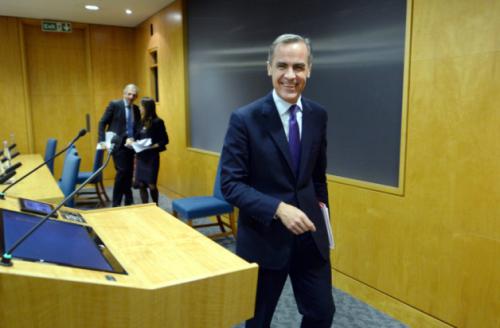 Came, hiked the rates and sent GBP plunging – exactly as planned. My job here is done.

GBP falls Ahead of BOE

The Bank of England (BOE) meeting is taking place in about 20 minutes, which means that the interest rate decision will be published by the time I post this midday brief. They are widely expected to increase the interest rates for the first time in about a decade, from 0.25% to 0.50%.

The British economy has been losing momentum in recent months, so a rate hike seems a bit out of place. But the BOE desperately wants to hike rates now before Brexit, just in case all hell breaks loose when that happens. This way, they will have some room to maneuver if the worst scenario happens, and they are headed towards that.

Although, the economic data of the last couple of days from the UK has improved the mood somewhat. Yesterday, the UK manufacturing numbers beat expectations, while the construction report today showed that this sector moved out of contraction this month. So, it was just one month in contraction then, which is not that bad.

I bet that Carney & Co at the BOE were desperate for some green data, which they got at the last minute. It was like a heavenly gift to them, and I suppose they will hike interest rates now. But, the Pound has been sliding all morning which seems strange. Probably, this is the last retreat before the upcoming push higher.

Or perhaps the Pound will tumble after the rate hike since there won’t be much left to do for the BOE after that. Well, we’re not involved in any GBP trading at this moment after the EUR/GBP signal got roasted, so no heart attacks in the next couple of hours.

The Crypto Market Is Getting Crazy, Be Careful

As I mentioned in the previous market update, the cryptocurrency market is getting sort of mental. Bitcoin has been climbing higher from around $5,600 to above $7,200 as if it was on steroids. The rest of the crypto market has been crashing down, losing nearly 10% of its value.

Among other reasons for this sort of price action in altcoins, I commented that this looked like the cash from the rest of the crypto market is pouring into Bitcoin. Now, this seems to be truer than ever.

As I speak, Bitcoin is reversing lower and in less than an hour it has almost given up all the gains it made today. On the other hand, Ethereum, Ripple coin (XRP), Dash coin and all the rest of this market is surging back up.

So, the correlation between Bitcoin and the rest of altcoins seems to have gone out of the window, especially today. Playing with short-term trades in cryptocurrencies will definitely get you burnt today. So, the best thing would be to play the game with long-term trades. This deep retrace surely does look like a good opportunity to pick one or two good buying spots in some of these digital currencies. 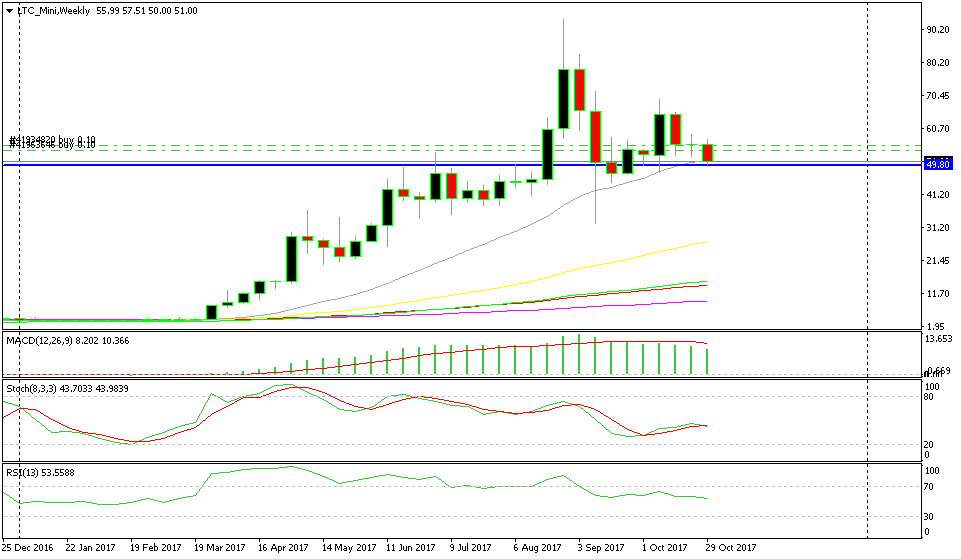 As Bitcoin surged, other cryptos have retraced lower. At the moment the decline has stopped right at the 20 SMA on the weekly charts of most altcoins. Above you can see the weekly Litecoin chart, but the picture is the same in Ethereum, Dash coin and most of them. We have a long-term buy signal in Ethereum, but we might give Litecoin Mini a try as well from current levels, so hang on around until we pick a nice spot to buy.

The BOE just hiked the interest rates as expected, and the Pound already lost around 150 pips. It’s good we stayed out of GBP pairs now, because you can’t predict such moves. A rate hike is supposed to send the currency surging, but the GBP is falling fast. Tough times guys, be careful out there.